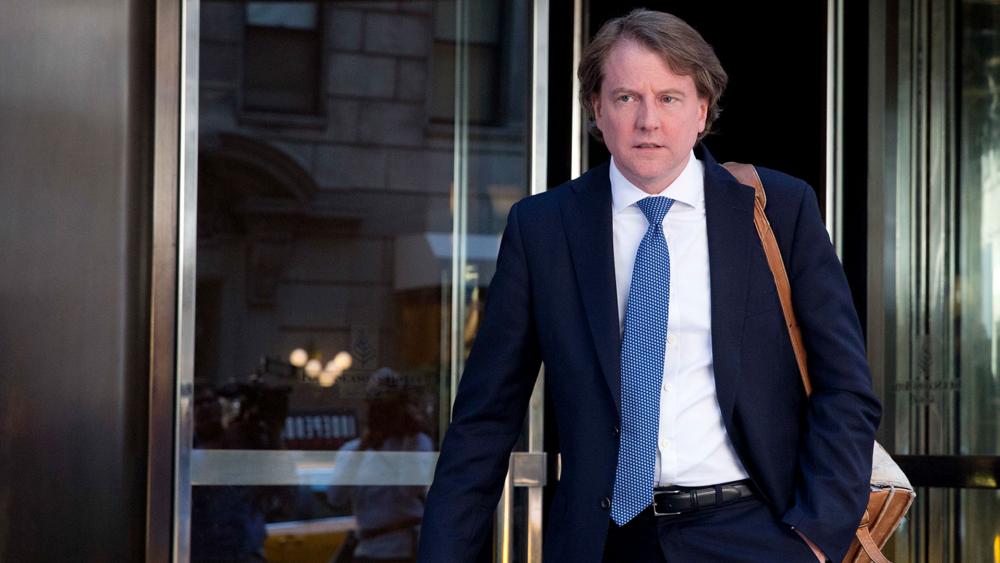 WASHINGTON – On Capitol Hill today, a no show. At the request of President Trump, former White House attorney Don McGahn is defying a subpoena to testify before Congress about the Russia investigation.

McGahn was a key witness in Robert Mueller's report, and Democrats believe he offered the most damaging evidence against the president.

White House Counsel Pat Cipollone says McGahn should not testify due to "constitutional immunity" and "in order to protect the prerogatives of the Office of the Presidency."

Backing that up, the Justice Department issued an opinion saying, "Congress may not constitutionally compel the president's senior advisers to testify about their official duties."

President Trump says the Russia investigation is over.

"At the end of that he said there's no collusion. Now what happens? The Democrats want a redo and we've had enough and the country has had enough," he told reporters on the south lawn of the White House before boarding Marine One for a campaign rally in Pennsylvania.

"We have a president that is actively trying to cover up and prevent the American people from getting to the truth, and that is not something I think we cannot tolerate," says Rep. David Cicilline (D-RI).

Now demands for impeachment among Democrats are growing louder. A number of leaders Monday night privately pressed Speaker of the House of Representatives Nancy Pelosi to allow the hearings to help Democrats attain the documents and testimony they're seeking without interference from the White House.

"The recalcitrance of the president and his lawless behavior is making it more and more difficult to ignore all options including impeachment," Rep. Nadler said on CNN on Monday.

"I think it's a process and it's something that should be begun," Rep. Amash told reporters as he left the Capitol Monday.

The president dismisses his rogue colleague.

"He's been a loser for a long time. Rarely votes for Republicans and personally I think he's not much," he said.

However, a federal judge handed Democrats a victory Monday, upholding a congressional subpoena for the president's financial records from an accounting firm.

The judge's opinion also states that Congress can investigate the president's conduct both before and after he took office.

"It is simply not fathomable that a constitution that grants Congress the power to remove a president for reasons including criminal behavior would deny Congress the power to investigate him for unlawful conduct past or present even without formally opening an impeachment inquiry," US District Court Judge Amit Metha wrote.

Using history as her guide, Pelosi fears impeachment proceedings against the president would be unpopular, as they were against President Bill Clinton, causing voters to rally to Trump's defense in 2020.