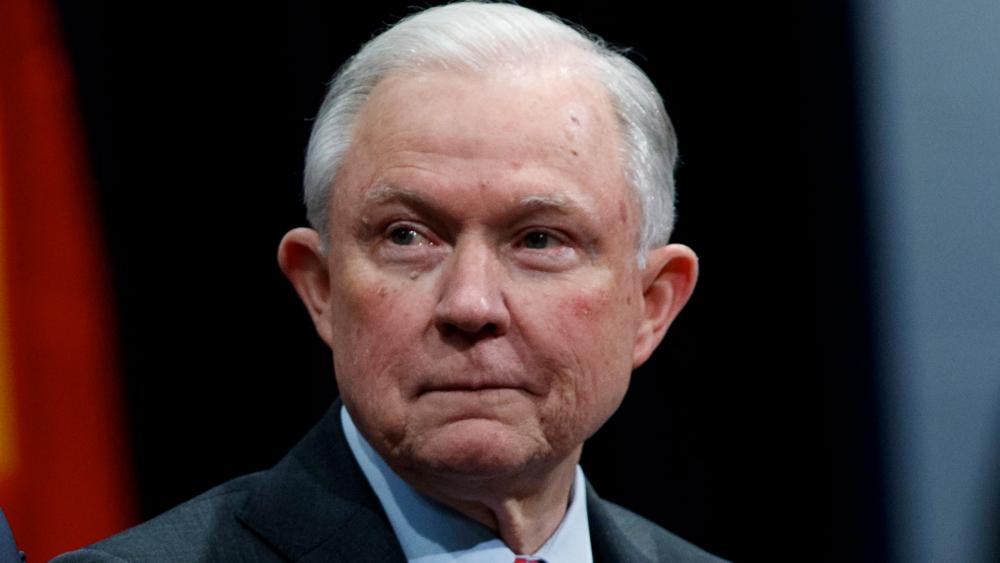 President Trump's former US Attorney General Jeff Sessions announced on Thursday that he's running for his old US Senate seat in Alabama.

He'll return to the political stage a year to the day after resigning as Trump's first attorney general at the president's request.

The 72-year-old Sessions had been one of the president's earliest supporters back when he was a senator from Alabama, which led the president to give him a top post in his administration. But their relationship soured because Sessions recused himself from Special Counsel Robert Mueller's Russia investigation.

Sessions was a longtime Republican senator from Alabama, but his departure had left the seat open for a Democrat challenger who managed to win the seat.

Now that Sessions is returning to fight for the senator post, his entry upends the primary race. It has a crowded field of challengers hoping to take on Democratic Sen. Doug Jones. The primary will take place on March 3.

Even though Trump had publicly attacked Sessions in the past, Sessions has stayed loyal to Trump. In a speech last month at a Republican fundraiser in Huntsville, Sessions confirmed his support for Trump.

“That’s why I supported him and why I still do support him,” Sessions told the crowd of about 500. “He is relentlessly and actually honoring the promises he made to the American people.”

If Sessions does indeed jump into the race, he will face off against former Auburn University football coach Tommy Tuberville; Alabama Secretary of State John Merrill; former Alabama Chief Justice Roy Moore; and others.

“When President Trump took on Washington, only one Senator out of a hundred had the courage to stand with him: me. I was the first to support President Trump. I was his strongest advocate. I still am. We must make America great again," Sessions said in a statement posted to his website.