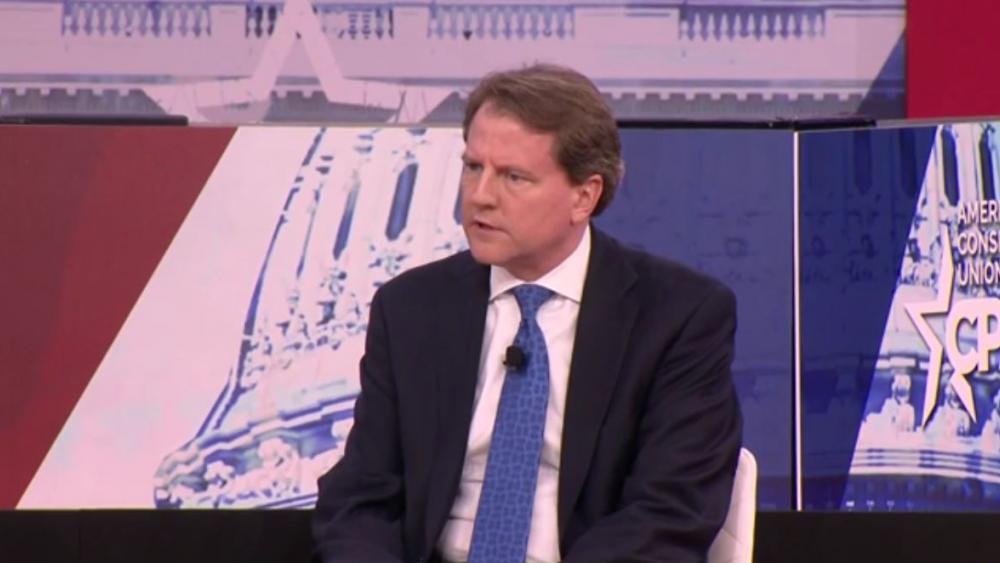 This move by the court contradicts President Trump's order for McGahn not to testify.

But the Justice Department is telling the court not so fast. On Tuesday, they filed an appeal to the judge's order.

If you read the bulk of the appeal, it points out that it's only the second time in history a court has ruled a senior advisor to the president must testify.

A new Politico/Morning Consult poll reveals that two weeks of testimony didn't move the needle much when it comes to swaying voters.

The survey found 48% back the impeachment inquiry, which is unchanged from a previous poll. While 43% oppose, which is down by two points.

President Trump tweeted "support for impeachment is dropping like a rock."

"I think Pelosi is stuck but she put herself thereby not doing serious things like USMCA, reducing drug prices, raising wage growth. All of this is happening without a serious democratic congress," Conway said.

To top that, the tide could be turning against impeachment after one Michigan Democrat lawmaker has changed sides.

Rep. Brenda Lawrence (D-MI) is now calling for a resolution to censure the President.  With the 2020 Elections so close, she sees "no value" in impeachment.

She does believe it's important for the House to go on record calling Trump's actions wrong.

"She is in a heavily Democratic district. I would assume she is a loyal Democratic member but she made very clear we are so close to the next election that, that gives her pause as well," Conway said. "That's something we say often but here you have a Democratic member of Congress saying it as well."

Her move could lead Democrats in swing districts to also come out against impeachment.