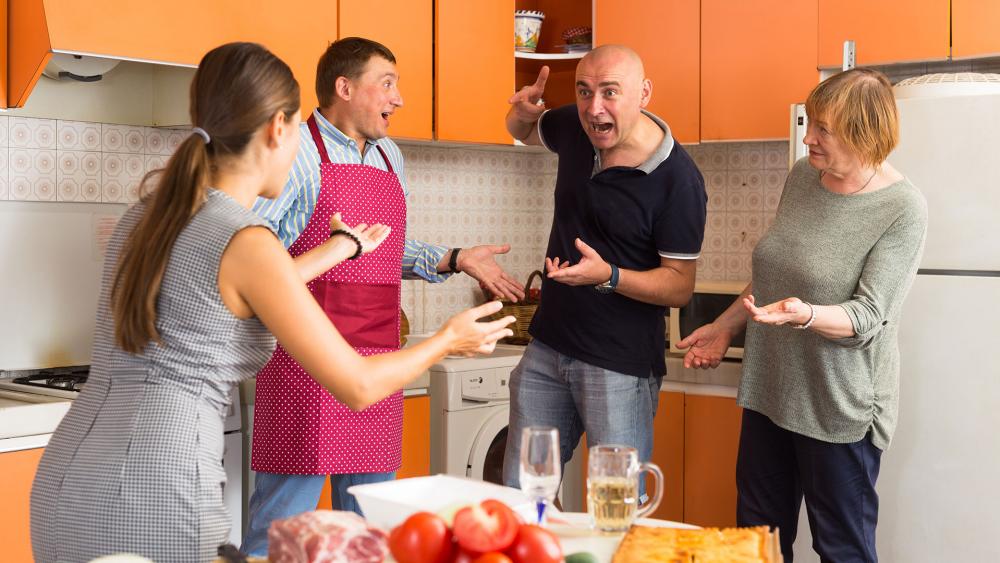 WASHINGTON – If it feels like America has become more divided, it's because it has. Recent Pew research shows both Republicans and Democrats view each other negatively and more so since the 2016 election.

So does that mean we should avoid the issue of politics altogether in social settings and at upcoming holiday gatherings?

The women behind the popular podcast, Pantsuit Politics, say absolutely not. In their book, I Think You're Wrong (But I'm Listening), they give advice on how to approach some of those difficult conversations.

Sarah Stewart Holland, a Democrat, and Beth Silvers, a Republican, make the purpose of their book clear in its tagline: "a guide to grace-filled political conversations."

"We talked a lot about whether we wanted to use the word 'grace' because it's a word that we use among ourselves all the time at Pantsuit Politics and a lot of people say, 'Why don't you just talk about civility?' And we realized, we're talking about something deeper than civility," explained Silvers in an interview with CBN's Faith Nation.

"This is not, let's just be nice and kind in these conversations. Sometimes grace requires a really firm stance. What we wanted to convey with 'grace-filled political conversations' are conversations that connect you to your values."

Stewart Holland stresses the importance of representing your values in your policy positions as well as how you engage in them. Equally important she says is how you treat the other person and speak about them.

"Those reflect your values as well," she said.

When it comes to those especially sticky issues like gun control and abortion, the women's advice is to approach the conversation like a reporter.

"Sometimes it's best to approach the conversation like a reporter, like somebody who's just curious to learn," explained Stewart Holland. "To think, where did you get that information? Is there anything I could say that would help you see this issue differently? Or sometimes what I like to do is go really, really far out. How does this play historically? Is this different than how somebody 100 years ago would have talked about it? Just giving some bigger, wider perspective to the issues and not just see it as a debate where we have to convince one another."

Both women say you don't have to leave the conversation agreeing on everything. Rather, it's important to seek an understanding of why the other person sees things the way they do.

"The goal is not to emerge from the Thanksgiving table with draft legislation," said Silvers. "We come together and connect over politics because they do offer us spaces to explore how we live in community with each other and that's relevant to our families. So we want people to have these conversations but we just want them to understand, the goal isn't to convince anyone. You don't need to walk away all agreeing on who you're going to vote for. It should be a curious exploration."

So why is it not a good idea to, as the saying goes, "agree to disagree and move on?"

"I hate that statement," Stewart said with a slightly exasperated laugh. "The reason I think we both have such strong reactions is because it sounds like, 'We're done here. We're not going to talk about this.' And that's the opposite of what we want."

"What we want people to do is say, 'Okay, I think maybe it's become too heated right now but I care about what you think and I want to continue this conversation later. I want to continue to talk about the issues in our country that matter, the values that are important to us and maybe even become better versed in why we disagree or maybe even find some agreement.'"

So, while America may be more divided today than it was a few years ago, it doesn't mean your holiday gatherings have to reflect that. One word to remember in all of your conversations, political or not, is "grace."

"Even if I disagree, you're still a person I value and respect in my life. Even if I think this policy position is wrong, I want to hear it out and see what I can learn from it. Grace has that element of 'we belong'," said Silvers.