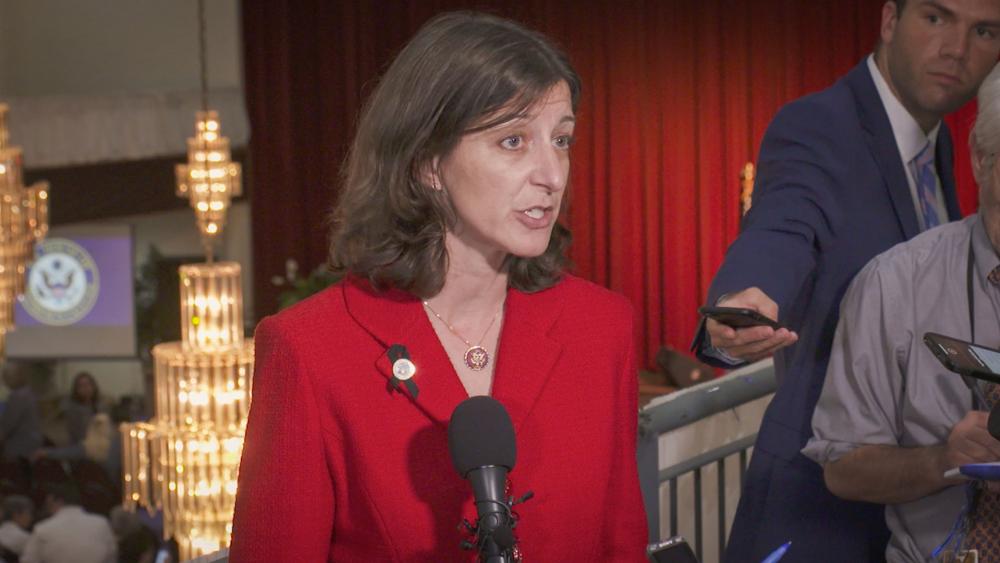 While lawmakers are in their district for a two-week recess, many US Representatives like Elaine Luria (D) of Virginia's second district are holding town hall events and hearing how their constituents feel about pursuing an impeachment inquiry.

Luria took a big political risk when she recently called for an impeachment inquiry with six other freshman colleagues. Speaker of the House Nancy Pelosi officially announced the House would pursue an impeachment inquiry against President Donald Trump shortly after their op-ed was published. The former Navy commander is back in her district this week seeing how her constituents feel about her bold decision.

Luria tells CBN News 63% of the phone calls to her office have been supportive of her decision.

"Whether it has future implications on my election prospects in 2020, I want to be able to look in the mirror and say that I was on the right side of history and not that this has any political ramifications," continued Luria.

In the crowd at Thursday's town hall, support for the impeachment inquiry was mixed.

"You got to have meat behind whatever you're doing, I don't know that there's enough meat behind it, I don't really care at this point," countered Donna Rennick.

While veteran Denise Kline tells CBN News she personally supports the impeachment inquiry, she doesn't think the majority of the district agrees with her.

"When the Ukraine issue really became such a front and center issue, I realized that this was the time that we really had to do something," said Kline. "I have seen three letters to the editor where people are quite upset with this decision that Luria made, and two that have been in support."

Outside the town hall, Republicans held a counter-protest.

"This impeachment inquiry is going nowhere. It's clearly a fraud, and it's another attempt by the Democrats to undo the election of 2016," added Jack Wilson, chairman of the Republican Party of VA.

Luria is one of about 60 vulnerable Democrats the national Republican Party is targeting with big digital ad buys in 2020 hoping to win back that seat in the House.