Your Tax Dollars Used to Merge Mice with Aborted Human Baby Body Parts: 'Abhorrent on so Many Levels' 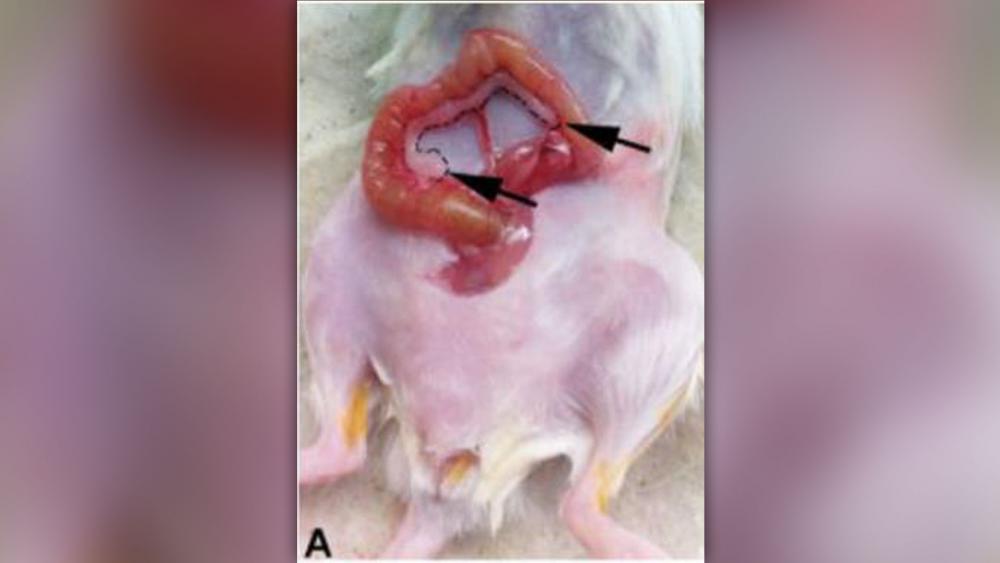 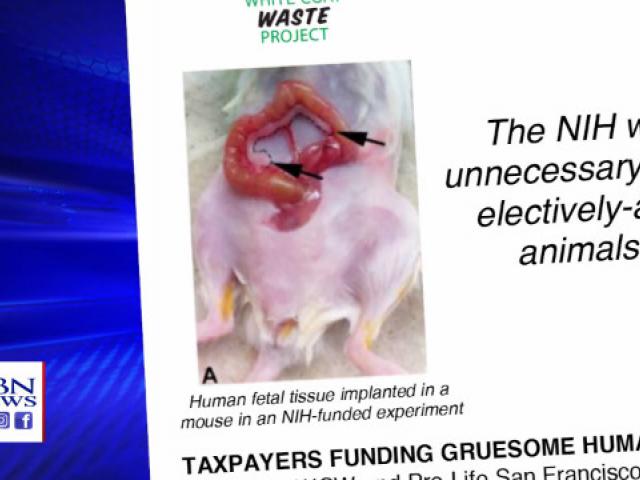 Your Tax Dollars Used to Merge Mice with Aborted Human Baby Body Parts: 'Abhorrent on so Many Levels'

WASHINGTON - Organs, bones and other body parts of aborted babies are being sold and transplanted into lab animals. This isn't a passage out of Frankenstein. It's research happening today and unsuspecting taxpayers are funding it.

"It's abhorrent on so many levels," Anthony Bellotti tells CBN News. He's founder and president of White Coat Waste Project, a Washington-based group exposing experiments they consider a waste of life and tax money.

Experiments like one in which the reproductive tracts from aborted 13-week-old twin girls were stripped out and implanted into mice.

This year the NIH estimates it will spend $120 million of taxpayer money on research using aborted baby parts.

"This is a crisis now. This problem is growing in spite of Republicans, Democrats, pro-lifers, animal advocates – nobody wants this," Bellotti says.

Terrisa Bukovinac runs Pro-Life San Francisco. The bulk of the research happens in her backyard at the University of California San Francisco.

"One of the most infamous projects that was recently canceled by the Trump administration was a project that involved humanizing mice and that project required two pristine healthy fetuses between the ages of 18 and 24 weeks per month," she tells CBN News.

Nearly 70 members of Congress from both parties are working to expose these gruesome experiments. They've issued a letter demanding information from Secretary of Health and Human Services Alex Azar.

Among other things, they want to know the number of different babies used in each project and the gestational ages of each.

"It is deeply saddening to me that our own government would be part of creating this marketplace for the buying and selling of baby parts," Rep. Matt Gaetz (R-FL) tells CBN News. He's one of the members of Congress leading the charge to educate members and Americans about the research.

In June, the Trump administration took steps to end human fetal research, but loopholes allow most of it to continue.

In response, more than 90 research institutions wrote Secretary Azar to say "fetal tissue remains an essential resource." They credit it with helping in the development of vaccines against polio, chickenpox, and rabies. And they write, "It remains critical for ongoing clinical research on potential treatments for Amyotrophic Lateral Sclerosis (ALS), spinal cord injury, Parkinson's disease, and human development."

Opponents agree this is important research, but argue there are alternatives to human fetal tissue. Using it, they say, encourages late-term abortions which produce more developed babies that are more lucrative when sold for research.

That means abortion doctors receive incentives to use techniques that preserve babies and all their parts for science experiments.

"So, the only way they can do these abortions is through a live dismemberment or a medical induction which according to the Society of Family Planning is very likely to produce born-alive infants," Bukovinac explains.

"To our core, to our founding. The recognition of the importance of life is who we are and we can never get away from that," he says.

Legislation has been introduced that would prohibit any Secretary of Health and Human Services from authorizing research that uses aborted baby parts. Research on stillbirth or miscarriage tissue would still be allowed.