Sworn Testimony: Ukrainian Prosecutor Fired Because He 'Made Biden Unhappy', Dems Steamroll Ahead to Impeach Trump 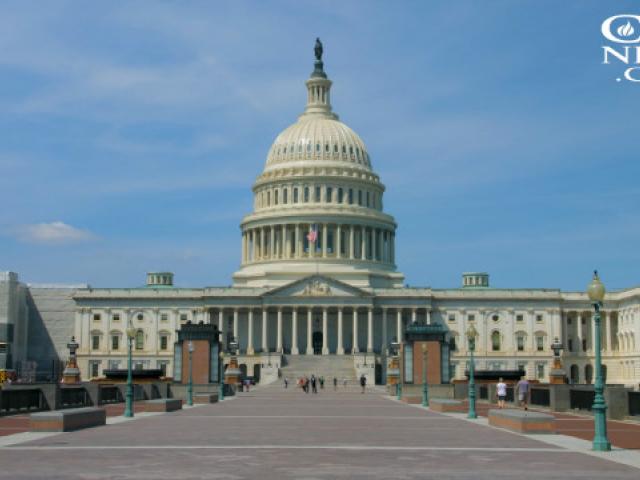 Sworn Testimony: Ukrainian Prosecutor Fired Because He 'Made Biden Unhappy', Dems Steamroll Ahead to Impeach Trump

WASHINGTON – Democrats are steamrolling ahead with efforts to impeach President Trump accusing the White House of attempting to lock down details of his phone call with the president of Ukraine. However, newly uncovered documents conflict with the story Biden tells about the pressure he put on Ukraine while he was vice president.

On the Democratic side, the agenda is clear. "If there were any doubt about the need for impeachment proceeding, there's none now," Sen. Richard Blumenthal (D-CT) told reporters on Capitol Hill.

Republicans want to know more about the whistleblower and point out the complaint is only based on secondhand knowledge.

"When I think of whistleblower complaints, I generally think of someone with firsthand knowledge of the events in question," tweeted Sen. Lindsey Graham (R-SC).

As to the other matters in complaint: Clearly a coordinated effort to take second-hand information to create a narrative damaging to the President.

When I think of whistleblower complaints I generally think of someone with first-hand knowledge of the events in question.

During his testimony before Congress, the acting Director of National Intelligence Joseph Maguire also emphasized the complaint was "hearsay" and "not corroborated by other folks."

The president expressed a similar sentiment in audio leaked to the Los Angeles Times.

Meanwhile, the Ukraine issue again raises questions about Joe Biden's push to have a Ukrainian prosecutor fired while he was vice president.

Biden insists he wanted Viktor Shokin gone because he was corrupt, not because he was investigating Burisma Holdings, a Ukrainian company that happened to employ his son Hunter at the time. However, a newly uncovered sworn affidavit tells another story.

"In that statement, Mister Shokin swears under oath he was told he was fired because he refused to drop the Burisma investigation and it made Mister Biden, the vice president, unhappy," The Hill Vice President John Solomon told Sean Hannity on Fox News Thursday.

Heading into an election year, the big question is what do voters think about a push for impeachment?

A new Quinnipiac University Poll shows a clear majority of Americans, 57 percent, do not think the president should be impeached and removed from office.