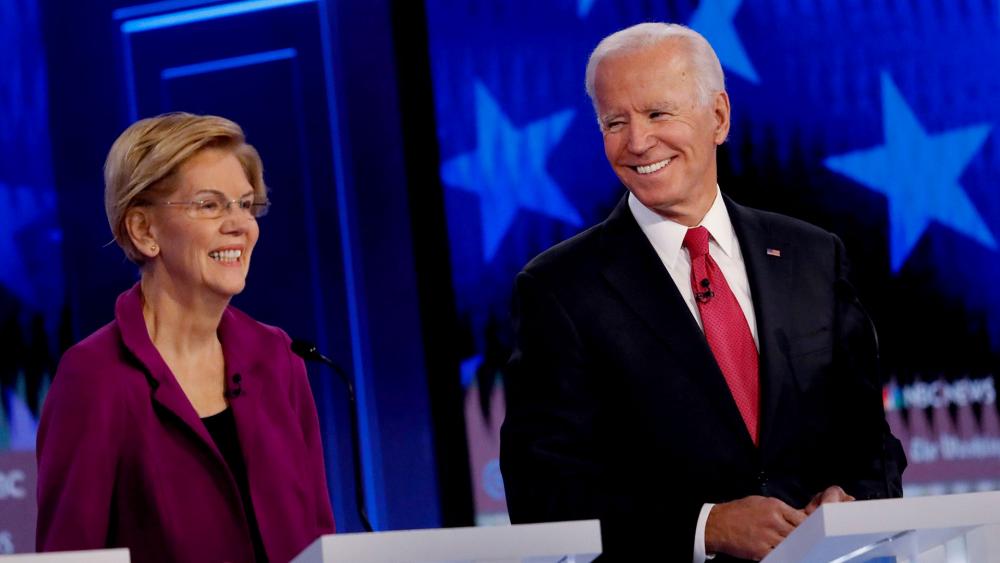 WASHINGTON (AP) — Elizabeth Warren endorsed Joe Biden on Wednesday, the latest of the former vice president’s onetime White House rivals to back him as the Democratic Party moves to project unity against President Donald Trump going into the November election.

“Joe Biden has spent nearly his entire life in public service. He knows that a government run with integrity, competence, and heart will save lives and save livelihoods,” Warren said in a nearly four-minute video announcing her decision. “And we can’t afford to let Donald Trump continue to endanger the lives and livelihoods of every American.”

The Massachusetts senator rose to brief front-runner status in the Democratic race last fall but suspended her campaign last month after a disappointing “Super Tuesday” that included a third-place finish her home state. Warren left the race without endorsing Biden or her fellow progressive Bernie Sanders — but the dynamics changed substantially in subsequent weeks, with campaigning forced into a hiatus amid the coronavirus outbreak.

Sanders dropped out last week and endorsed Biden within days, hoping to persuade his fervent progressive supporters to warm to the more centrist Biden. Former President Barack Obama followed suit on Tuesday. Warren’s formal backing doesn’t carry the political heft it might have if she had endorsed Biden over Sanders weeks ago. Nonetheless, her announcement now could fuel speculation that Biden may choose her as a running mate. Biden has said he soon will announce a committee to oversee his vice presidential search.

Warren made no mention of that possibility in announcing her endorsement video, instead saying Biden “grew up on the ragged edge of the middle class.” That phrase was a centerpiece of Warren’s own campaign and referred to her own upbringing in Oklahoma.

Warren also referred to the pandemic more directly in a tweet. “In this moment of crisis, it’s more important than ever that the next president restores Americans’ faith in good, effective government — and I’ve seen Joe Biden help our nation rebuild. Today, I’m proud to endorse @JoeBiden as President of the United States,” she said.

Some of Warren’s allies note that, in the days before her endorsement, Biden embraced some of the senator’s plans to combat the coronavirus, including calls to cancel student debt and expand Social Security benefits during the crisis. He also has adopted a plan she promoted as a candidate to overhaul the nation’s bankruptcy system.

In her video, Warren also referenced the pair’s sometimes rocky relationship. They clashed in 2005 when Biden was a Delaware senator and Warren was a Harvard Law School professor and bankruptcy expert, during a congressional hearing over a bankruptcy bill. It was a scene that Biden, as vice president, recalled when he swore Warren into office eight years later.

“Joe Biden was there at the very moment I became a Senator,” Warren said. “And when he did, he said ‘you gave me hell! And you’re gonna do a great job.’”