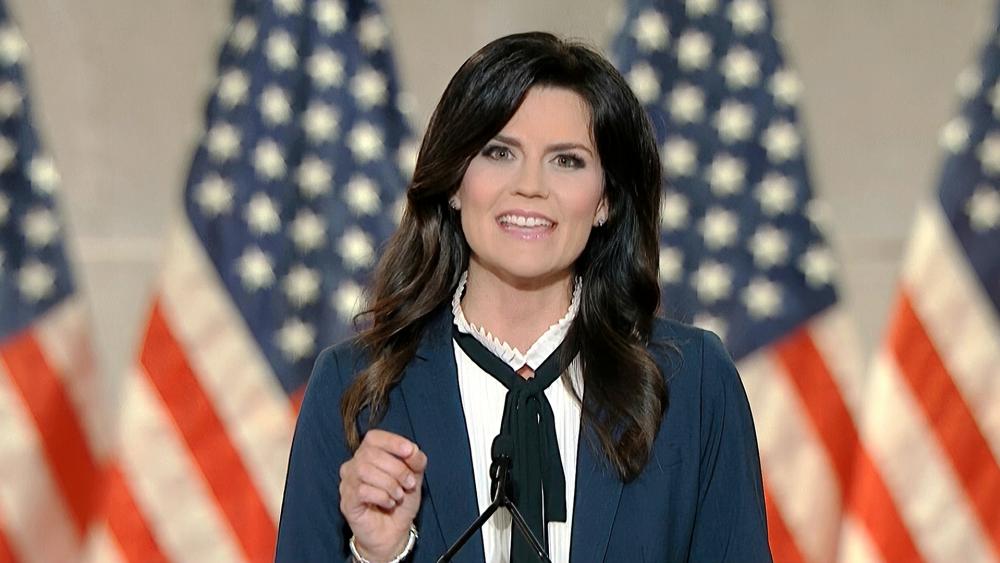 Even though Tuesday night's lineup of the 2020 Republican National Convention was planned around the theme "Land of Opportunity," it was faith in God, religious freedom and the pro-life movement that stole the spotlight.

Among the evening’s scheduled speakers, Cissie Graham Lynch, the daughter of Franklin Graham, walked up to the podium and said she wanted to talk about something "that is so important to all of us, our faith."

"As Americans, we know the first line of the First Amendment protects our freedom of religion. But what we often forget, the actual words are 'free exercise of religion'," Lynch, 34 said. "That means living out our faith in our daily lives...at our schools and at our jobs. And yes, even in the public square."

The granddaughter of the late Rev. Billy Graham also reminded the audience that the nation's founders did not envision a quiet, hidden faith.

"They fought to ensure that the voices of faith were always welcomed," she noted. "Not silenced. Not bullied."

She told viewers that under the Obama-Biden administration these freedoms were under attack.

"Democrats tried to make faith organizations pay for abortion-inducing drugs. Democrats tried to force adoption agencies to violate their deeply-held beliefs. Democrats pressured schools to allow boys to compete in girls’ sports and use girls' locker rooms. Those are the facts," Lynch said.

"Then we the people elected Donald Trump. The people of faith suddenly had a fierce advocate in the White House," she added. "He appointed judges who respect the First Amendment. He supported religious beliefs in court. He ensured that religious ministries would not be forced to violate their beliefs. He reversed the policies that placed our little girls at risk," she continued.

"And on the world stage, President Trump became the first president to talk about the importance of religious freedom at the United Nations, giving hope to people around the world," Lynch said. "In America, we have not experienced physical persecution even though the left has tried to silence us."

She cautioned that even during the pandemic, Americans saw how quickly life can change.

"Some Democratic leaders tried to ban church services, while marijuana shops and abortion clinics were declared essential. But do you know what is truly essential?" Lynch asked. "Our right to worship freely and live our faith in every aspect of life."

She warned the Biden-Harris vision of America leaves no room for people of faith and also recalled what her world-famous grandfather once said about freedom.

"Whether you're a baker or a florist or a football coach, they will force a choice between being obedient to God or to Caesar. Because the radical Left god is government power," Lynch noted. "So in the words of my grandfather Billy Graham, 'Let us stand for political freedom, moral freedom, religious freedom, and the rights of all Americans. And let us never give in for those who would attempt to take it from us'."

Lynch’s father Franklin Graham is scheduled to pray during Thursday night’s convention activities. Her late grandfather gave the benediction at both the Democratic and Republican National Conventions in 1988.

Abby Johnson Calls on Americans to Protect the Unborn

The convention also highlighted the need for the protection of the unborn. Pro-life advocate Abby Johnson told her personal story about how she worked in a Planned Parenthood clinic, rising to the job of abortion clinic director. Her story is told in a book and a movie titled "Unplanned."

"When I was in college, Planned Parenthood approached me at a volunteer fair," she recalled. "They talked about helping women in crisis. And their commitment of keeping abortion, safe, legal and rare."

Convinced to volunteer, Johnson said she was later offered a full-time job as a medical assistant before being promoted to director of the clinic.

"I truly believed I was helping women," she said. "But things drastically changed in 2009. In April, I was awarded Planned Parenthood's Employee of the Year Award and invited to their annual gala where they present the Margaret Sanger Award, named for their founder."

Margaret Sanger was a racist who believed in eugenics. Her goal when founding Planned Parenthood was to eradicate the minority population, Johnson said.

Johnson said later that August, her supervisor assigned her a new quota to meet -- an abortion quota.

"I was expected to sell double the abortions performed the previous year. When I pushed back underscoring Planned Parenthood's public-facing goal of decreasing abortions, I was reprimanded. And told 'Abortion is how we make our money,'" she recalled.

The tipping point in her career with the nation's largest abortion provider came a month later when a physician asked her to assist with an ultrasound-guided abortion.

"Nothing prepared me for what I saw on the screen," Johnson told viewers. "An unborn baby fighting back, desperate to move away from the suction. And I'll never forget what the doctor said next -- 'Beam me up, Scotty.'"

"The last thing I saw was a spine twirling around in the mother's womb before succumbing to the force of the suction," she continued.

Johnson said she left the clinic looking back only to remember why she now advocates for life. She's the founder of And Then There Were None,  a non-profit organization dedicated to helping clinic workers leave the abortion industry. So far, the organization has helped more than 600 former abortion workers transition out of the industry.

The former clinic director then described in graphic detail a particular room in an abortion facility.

"For most people who consider themselves pro-life, abortion is abstract. They can't even conceive of the barbarity," she said. "They don't know about the Products of Conception Room in abortion clinics where infant corpses are pieced back together to ensure nothing remains in the mother's womb. Or that we joked and called it, "The Pieces of Children Room."

"For me, abortion is real," Johnson said. "I know what it sounds like. I know what abortion smells like. Did you know that abortion even had a smell? I've been the perpetrator to these babies...to these women. And I now support President Trump because he has done more for the unborn than any other president."

Johnson reminded viewers that “life is a core tenant of who we are as Americans. This election is a choice between two radical anti-life activists and the most pro-life president we have ever had. That's something that should compel you to action," she continued. "Take action that re-elects our president and do it with our very most vulnerable Americans in mind. The ones who haven't been born yet."