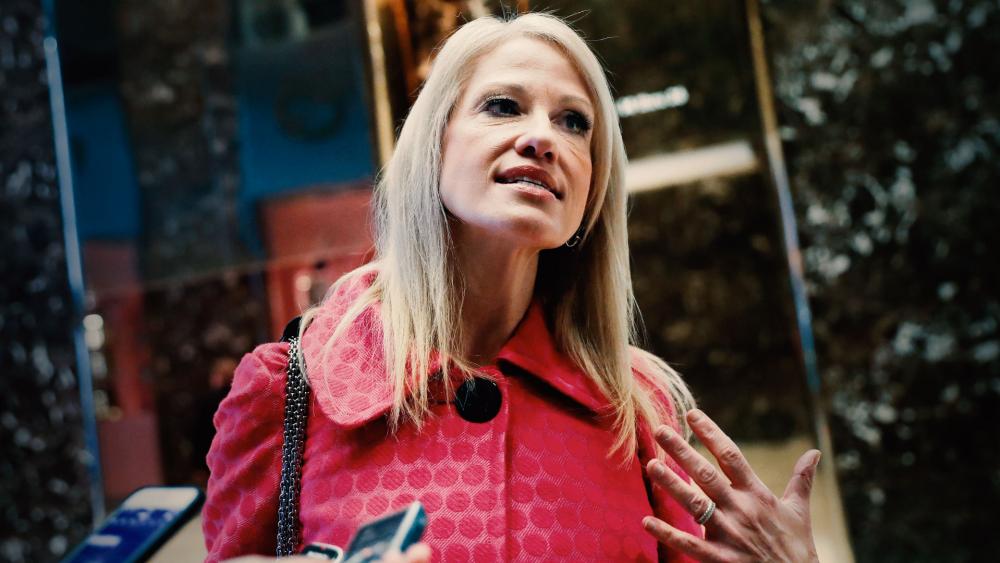 Senior White House counselor Kellyanne Conway announced Sunday evening she is resigning from her post at the end of the month.

Conway, one of Trump’s most outspoken supporters and longest-serving advisors, cited family needs as her reason for stepping aside. Her husband, George, also announced he is taking a leave of absence from The Lincoln Project – a group of Republicans seeking to prevent Trump’s reelection – to “devote more time to family matters.”

“Needless to say, I continue to support the Lincoln Project and its mission. Passionately,” he wrote in a tweet.

"We disagree about plenty but we are united on what matters most: the kids,” said Conway. “Our four children are teens and 'tweens starting a new academic year, in middle school and high school, remotely from home for at least a few months. As millions of parents nationwide know, kids 'doing school from home' requires a level of attention and vigilance that is as unusual as these times.”

Conway is still scheduled to speak at the Republican National Convention this week, but it is unclear if those plans will change.

Her departure from the Trump administration, which was first reported by The Washington Post, comes as Trump enters a key period before the November election.

Conway worked for years as a Republican pollster before working for Trump. After initially supporting Sen. Ted Cruz in the 2016 Republican primary, she became Trump’s campaign manager and helped lead him to victory.

Conway said she will reveal her plans for the future one day, but for now, she is focusing on family.

"In time, I will announce future plans. For now, and for my beloved children, it will be less drama, more mama," she said.