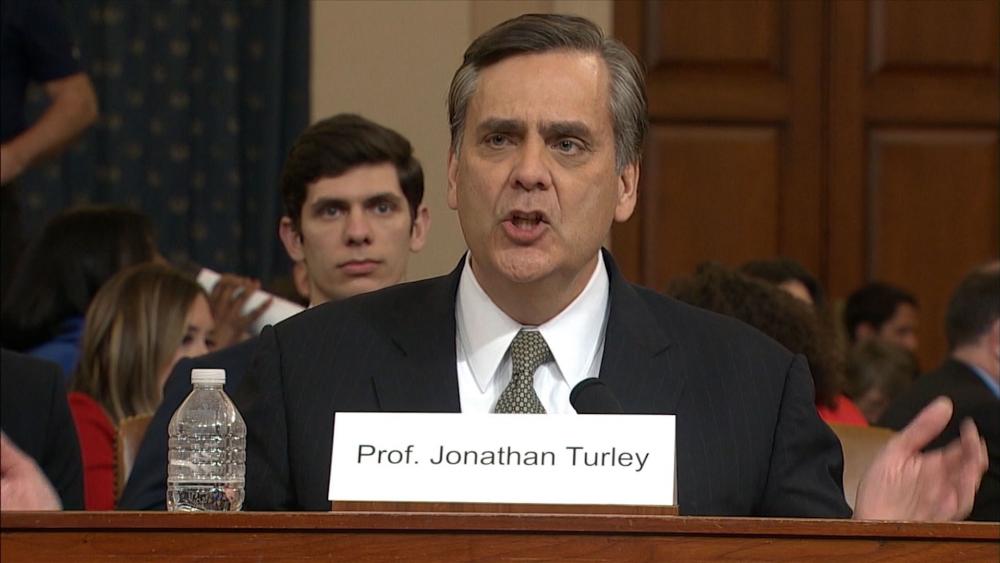 George Washington University constitutional law expert Prof. Jonathan Turley is taking a stand against the radical leftist views that have been dominating American streets and headlines for weeks. On Tuesday, he testified before the Senate Judiciary Committee's Subcommittee on the Constitution on the ongoing anti-free-speech movement that's fueled by intimidation tactics here in the "land of the free".

The hearing was entitled "The Right of the People Peaceably to Assemble: Protecting Speech by Stopping Anarchist Violence." Here are some excerpts from his testimony:

The protests in the aftermath of the killing of George Floyd have served to focus the nation on the transcendent issues of racial discrimination and police misconduct. It is an important moment, as we deal with the continuing scourge of racism, to achieve the promise of equal opportunity and equal treatment in our country. We cannot let this moment pass for a national dialogue on racial justice.

That dialogue, however, is increasingly turning into a diatribe on our campuses, on our streets, and in our media. We are losing this opportunity to reach a consensus because of rising violence and intolerance for opposing views. If we are to come together as a nation, we have to be able to speak to one another freely and without fear. That is not occurring due to the campaigns of intimidation and retaliation against those with dissenting views.

Recently, the federal government arrested George Washington University student Jason Charter as the alleged "ringleader" who led efforts to topple statues in Washington, D.C., including the nearly successful effort to destroy the historic Andrew Jackson statue near the White House. Charter has been an active Antifa member on our campus for years, and, after his arrest, reportedly proclaimed "The Movement is winning."

He is right. A visit to virtually any college or university will expose that success. In my three decades of teaching, I have never seen the level of fear and intimidation that we have today on our campuses. Many professors are afraid to voice dissenting views of the current protests or other issues out of fear that they could be accused of racism or even physically attacked. Some professors have indeed been assaulted or required police protection after voicing opposing views. To put it simply, Antifa and these other extremist groups are winning, and few people seem to be taking notice.

They are winning because universities are now effectively blocking conservative or opposing speakers to avoid violent clashes.

They are winning because the media and politicians downplay such violence to avoid criticism.

They are winning because local officials are ordering police to stand down or prosecutors to drop charges to avoid further conflict.

They are winning because free speech itself is being viewed as a destabilizing factor in our schools and society.

Antifa has achieved its anti-free speech agenda to a degree that even longtime critics never imagined possible. It only took inaction from our government and silence from our citizens.

I would like to briefly describe the agenda of Antifa and its history of violence in our country, including how recent violence fits into its militant philosophy. I would then like to suggest ways for the federal government to fill a vacuum left from the inaction of local and academic leaders in dealing with attacks on the rights of free speech and peaceful assembly. It is by no means an easy task since government enforcement itself can also chill free speech and free association rights. However, threats against free speech have reached a critical mass, from our schools to our streets. We can either act or remain passive pedestrians to what inevitably comes next.