Who's Cheatin' Who? Beleaguered Postal Service Becomes a Political Football 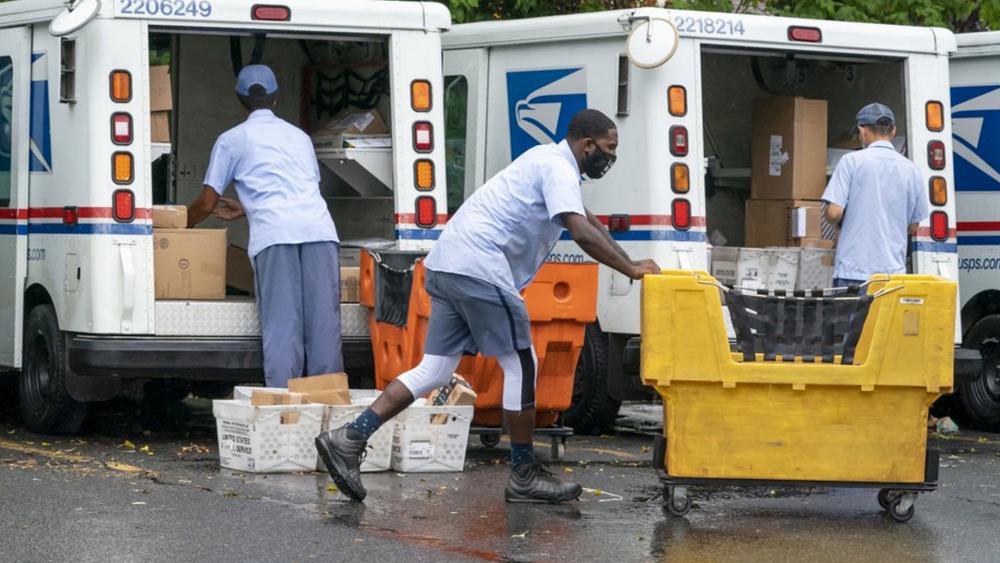 Three-quarters of the US are eligible to vote by mail, putting the Postal Service square in the middle of accusations by both Republicans and Democrats that the other side wants to use it to steal the election.

The Postal Service warned 46 states last week that mail-in ballots may not arrive in time to count in the Nov. 3 election.

Democrats accuse President Trump of removing mail sorting equipment and mailboxes in an effort to squelch mail-in balloting ahead of the November election.

Republicans have raised concerns that mass mail-in voting will lead to fraud.

House Democratic leaders have demanded that Postmaster General DeJoy and the Board of Governors chairman testify in an emergency hearing on Aug. 24.

But first, DeJoy will appear Friday before the Senate to testify on mail delivery delays and service changes that lawmakers and others are warning could imperil the November election.

Senate Minority Leader Charles Schumer (D-NY) said "Our elections are sacred. Men and women have died for them and the right to vote, and to do this is disgraceful."

Sen. Bernie Sanders (I-VT) said of DeJoy, "We got to do everything we can to get rid of this new postmaster general, who's clearly a campaign contributor for President Trump, trying to undermine the postal service."

Trump said DeJoy is doing exactly what he was tasked with: trying to make the money-losing postal service more efficient.

Trump denies he's trying to "sabotage" the Postal Service but is blocking $25 billion in aid for it, saying he doesn't want to fund "fraudulent" mail-in balloting.

House Speaker Nancy Pelosi has called members back for a special session on Saturday, Aug. 22 to consider legislation related to the Postal Service.