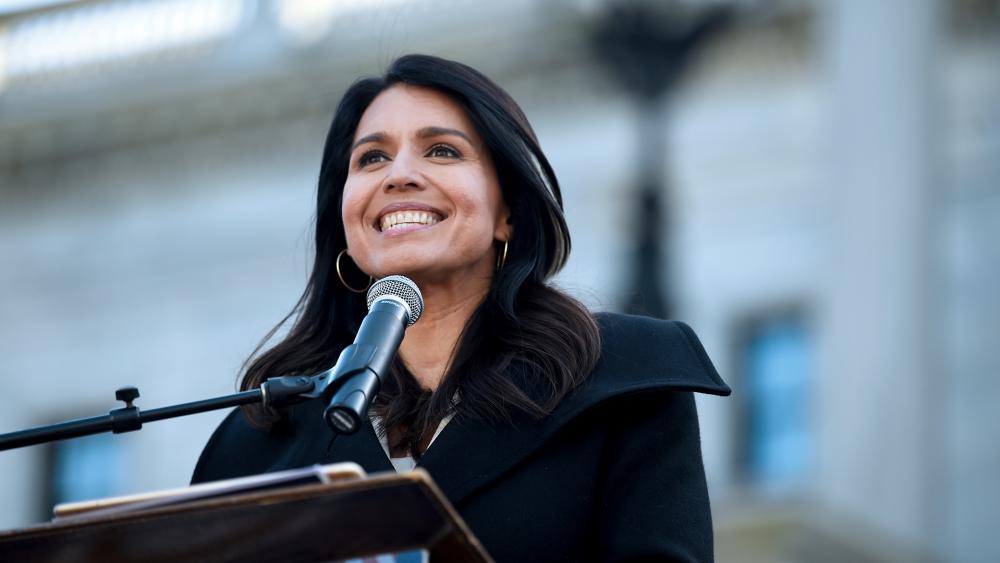 Rep. Tulsi Gabbard (D-Hawaii), a former contender for the Democratic presidential nomination, has introduced legislation that would, in effect, ban biological males — even if they identify as transgender females — from competing in women’s sports.

Under the “Protect Women’s Sports Act,” which is co-sponsored by Rep. Markwayne Mullin (R-Okla.), Title IX would be applied based solely upon the basis of a person’s biological rather than chosen sex, according to a report from Sports Illustrated.

“Title IX was a historic provision championed by Hawaii’s own Congresswoman Patsy Mink in order to provide equal opportunity for women and girls in high school and college sports,” Gabbard said in a statement. “It led to a generational shift that impacted countless women, creating life-changing opportunities for girls and women that never existed before.”

She went on to say Title IX is “being weakened by some states who are misinterpreting” the policy. As a result, it’s “creating uncertainly, undue hardship, and lost opportunities for female athletes.” The bill she and Mullin have co-authored, Gabbard added, “protects Title IX’s original intent, which is based on the general biological distinction between men and women athletes based on sex.”

“Title IX was designed to give women and girls an equal chance to succeed, including in sports,” said Mullin in a statement of his own. “Allowing biological males to compete in women’s sports diminishes that equality and takes away from the original intent of Title IX. As a father of three girls involved in athletics, I want them to be able to compete on a level playing field. I am proud to lead this bill that will safeguard the integrity of women’s sports and ensure female athletes can compete fairly.”

Without skipping a beat, the left pounced on Gabbard, rebuking the free-thinking Democrat for daring to step out of line with her party’s increasingly radical agenda.

Here is just a sampling of the backlash the Hawaii native has received:

Good morning to everyone else who knew Tulsi Gabbard was not ever a progressive... even when she endorsed Bernie Sanders in 2016

Tulsi Gabbard is an incredibly horrible person and always has been and her supporters are just as horrible.

Tulsi Gabbard is scum and her weird online cult of supporters are scum too. https://t.co/9VwjOZ7bXA

The introduction of Gabbard’s bill comes at the same time Good Housekeeping magazine published its interview with “Harry Potter” author J.K. Rowling, who has been outspoken over her belief that biological sex is, in fact, unchangeable.

In the new interview, Rowling said many people “are afraid” to speak up on the transgender debate “because they fear for their jobs and even for their personal safety.”

Rowling, who has received rape and death threats as a result of her scientifically backed opinions, said she has received “heartbreaking letters” from people who have told her they regret having sex-reassignment surgeries and taking hormone therapies.

“My correspondence have included medical staff, social workers, prison workers, workers in women’s refuges, and members of the LGBT community, including trans people,” she said, adding, “Some of the most heartbreaking letters I’ve received have been from young women who regret the irreversible surgeries they’ve undertaken. These stories need to be told.”