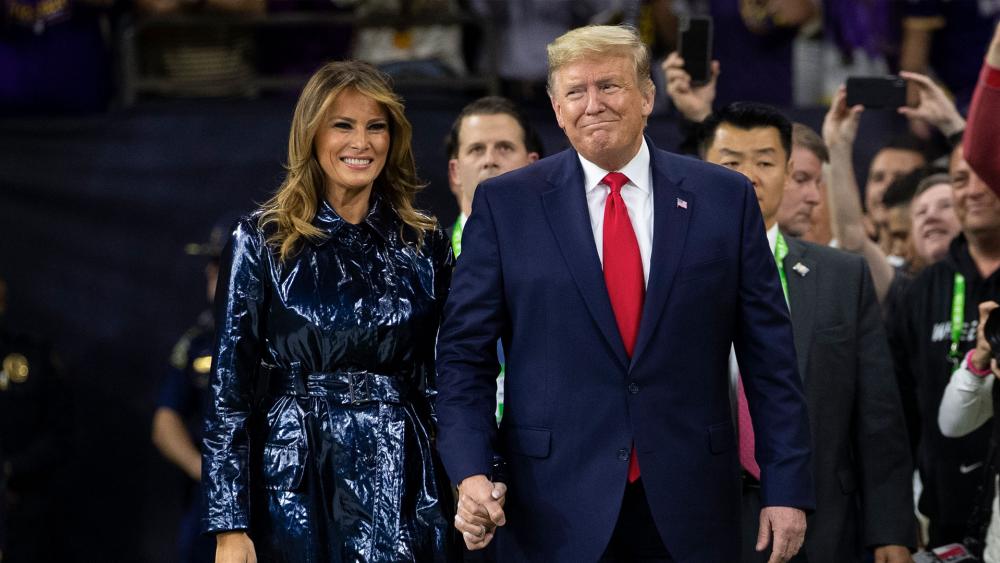 The non-partisan Center for Politics at the University of Virginia says President Trump's chances for reelection are looking very good since he cruised to victory in the New Hampshire primary.

Kyle Kondik, the managing editor for Sabato's Crystal Ball, published by the UVA Center for Politics, compared Trump's percentage of the vote to the stats for previous incumbent presidents.

"Trump at 84% in GOP primary so far -- last four reelected presidents (Reagan/Clinton/Bush/Obama) got between roughly 80%-85% in NH in reelection year," Kondik wrote in a tweet.

He also shared a graph showing the history of the last 12 presidents and what percentage they received of New Hampshire voters in an election year.

Trump at 84% in GOP primary so far -- last four reelected presidents (Reagan/Clinton/Bush/Obama) got between roughly 80%-85% in NH in reelection year https://t.co/1gplXRPobo pic.twitter.com/o1UbmyoWWa

"In the primary's modern history, incumbents who won easy victories went on to renomination and reelection, while those who struggled lost in the fall or didn't run again," Kondik wrote in an article from 2019.

Since Trump wasn't facing a serious challenge to his bid in the Granite State, that's partly why political observers are saying his voter turnout was also impressive. His turnout stats point to very enthusiastic support among his base.

RedState.com points out that Trump's turnout in New Hampshire was also substantial when compared to President Obama's turnout while running for his second term: "Trump has 114,466 without even the final numbers in yet, with 84 percent of the vote in. He more than doubled Obama, the most recent past president."

The 2008 New Hampshire primary brought out 287,000 voters, and the 2020 primary just brought out a similar number. But the National Review's Jim Geraghty says the state actually has 78,000 more voters who were eligible to vote in this Democrat primary, so he thinks the number may not have been as significant.

Still, the Granite State's primary appears to indicate both sides are pretty fired up about the 2020 presidential race.