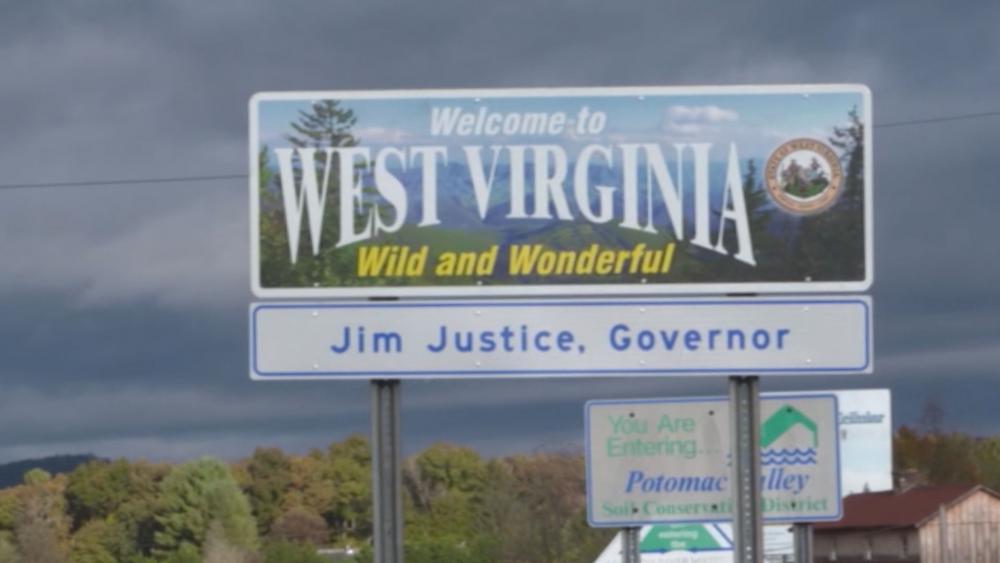 Major changes are happening so fast in Virginia that some in the commonwealth are thinking about going west as newly empowered Democrats in the statehouse are busy turning the state's laws blue.

In many parts of Virginia such as the southwest region, the Shenandoah Valley and beyond, residents have more in common with their neighbors over the mountains in West Virginia than they have with folks in other parts of their state and now they have an invitation to join them.

He's inviting his disaffected neighbors to cross the line and switch sides so to speak.

"We see that kindred spirit on the other side of the mountains and that's why we want to give that help to our fellow Virginians. They're just like us," he continues.

He's behind a resolution that would allow Virginia localities, with permission of their local and state governments, plus approval by West Virginia voters, to join the Mountaineer state. Any locality can join, not just those along the state border. Howell says they would simply become "islands of West Virginia."

The new Democratic majority in Virginia's legislature is churning out a slew of new laws on gun control, abortion, and special LGBT protections that many worry will negatively affect church-run ministries. Many longtime Virginians no longer recognize their state.

When asked if he's had any takers, Howell says Virginia counties are reaching out to him.

"Vexit" or the Virginia exit has shown up on at least one board of supervisors' agenda, and other localities are reportedly interested too.

Howell is fielding practical questions about whether or not professional licenses would transfer.

Even West Virginia's governor is on board.

"If you're not truly happy where you are – we stand with open arms to take you from Virginia or anywhere you may be – we stand strongly behind the Second Amendment and we stand strongly for the unborn," Gov. Jim Justice said during a recent press conference in Martinsburg with Liberty University president Jerry Falwell Jr.

Justice, who dramatically changed his party affiliation to Republican at a Trump rally, says his state offers beauty, a growing economy, and a state motto many Virginians may find appealing – "Mountaineers are always free."

"Richmond has a habit of upsetting the counties to the west and it's a pattern for Richmond," Howell says.

West Virginia split from Virginia in 1863 over disagreements about the Civil War.

"Somebody asked me, do you think this is the beginning of the next Civil War? And I said, no, this is what prevents it," Howell says confidently.

Every ten years legislative lines are redrawn, and Del. Howell suggests it's time to look at state boundaries – some of which are hundreds of years old and may no longer make sense.