McConnell Gets Surprise Support in Impeachment Battle, and It Could Help Trump 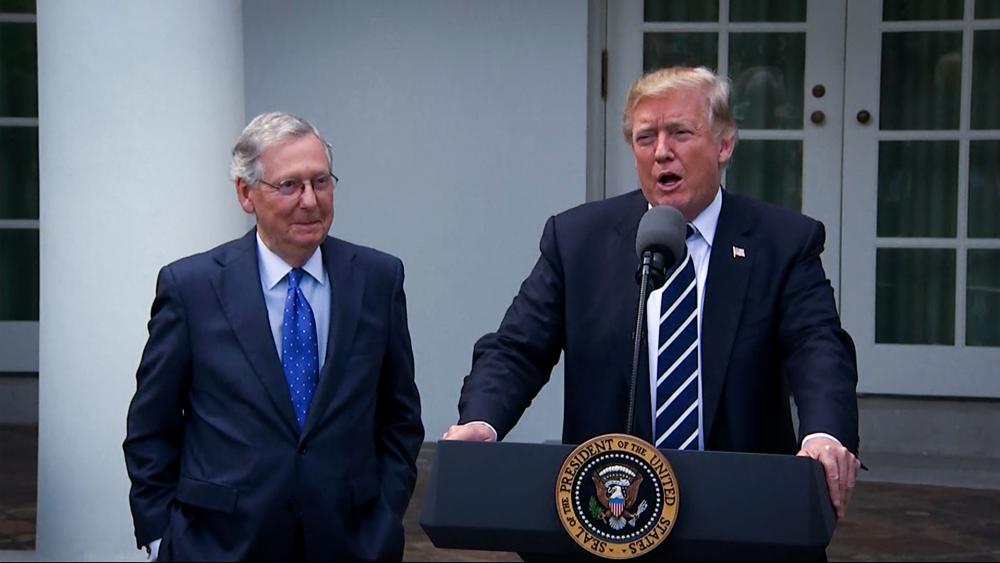 6120373194001
McConnell Gets Surprise Support in Impeachment Battle, and It Could Help Trump

Senate Majority Leader Mitch McConnell has received some surprise support just when he needed it most.

McConnell (R-KY) now has enough votes to stop Democrat demands to require additional witnesses to testify at the beginning of President Trump's impeachment trial, according to The Hill.

Two moderate GOP senators, Susan Collins of Maine and Lisa Murkowski of Alaska are backing McConnell’s plan to defer a decision to call witnesses in the Senate trial.

This comes as Trump's former National Security Adviser John Bolton announced he will testify if called. Bolton issued a statement saying, "If the Senate issues a subpoena for my testimony, I am prepared to testify."

It takes a majority vote to call witnesses, and since the GOP has a 53 seat majority, McConnell has the upper hand in deciding whether to call Bolton and others.

"The House may have been content to scrap their own norms to hurt President Trump, but that is not the Senate," McConnell said.

He says the Senate should follow the precedent of the 1999 Clinton impeachment trial. That means waiting until later in the process to take up the question of calling additional witnesses.

"If any Senate Republican opposes issuing subpoenas to the four witnesses and documents we've requested, they would make it absolutely clear they are participating in a cover-up," Schumer said.

On Sunday, Sen. Lindsey Graham (R-SC) told Fox News that the Republican-controlled Senate should change the rules to override Pelosi.

Graham said, "Well, we're not going to let Nancy Pelosi use the rules of the Senate to her advantage. This is dangerous for the presidency as an institution."

President Trump tweeted this week, "The impeachment hoax, just a continuation of the witch hunt which started even before I won the election, must end quickly - get this done."