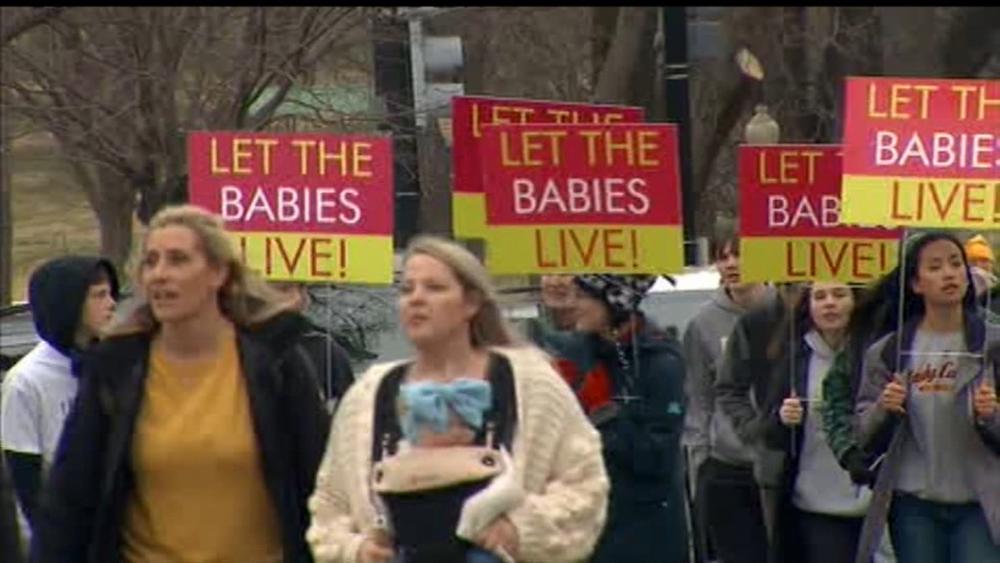 WASHINGTON – Last week an estimated 100,000 people marched on the National Mall in the annual March for Life, and leading the way were 200 college students.

President Trump spoke at the march, making history as the first sitting president to attend in person.

"Young people are the heart of the march for life and it's your generation that is making America the pro-life, pro-woman nation," Trump said from the podium.

Those 200 students, invited by march organizers, came from Colorado Christian University, a small, private school in the Denver area.

"We believe that every single human life is inherently valuable, whether that's in the womb, whether that's at the end of life too," Ethan Van Buskirk, a CCU student and president of CCU for Life, told CBN News.

And this younger interest seems to be a growing trend.

A Marist/Knights of Columbus poll from February 2019 showed a significant shift among people under the age of 45. That January, 28 percent identified as pro-life. Just one month later, that number jumped to 47 percent. Those identifying as pro-choice fell drastically, from 65 to 48 percent.

Pollsters credit the shift to last year's debate over late-term abortion, fueled by measures in New York and Virginia.

"The more people I talk to, the more I am starting to learn that, yes, we're not alone in this," Jessica Hardman, another CCU student, told CBN News. "There are more people than we think."

Hardman and her peers point to science, technology and their faith as the main reasons behind their views.

"For me personally, I would say my faith is what inspires me to be specifically passionate about life," said Katie McTavish. "I believe in a God who has created life that every human being has value."

Other data though does still show strong support for abortion among Millennials.

In a Gallup poll from last January, 32 percent of 18- to 34-year-olds said abortion should be legal under any circumstance. That compares to 21 percent of those 55 and older who felt the same way.

Still, the students from CCU said they can't help but notice what's happening around them.

"I absolutely think it's growing," Hardman said of the pro-life movement. "Last year my school took 27 students (to the March for Life) and this year we took almost 200."