Former Campaign Staffer Eulogizes Herman Cain, Who Died of COVID: ‘His American Dream Story Is One for the History Books’ 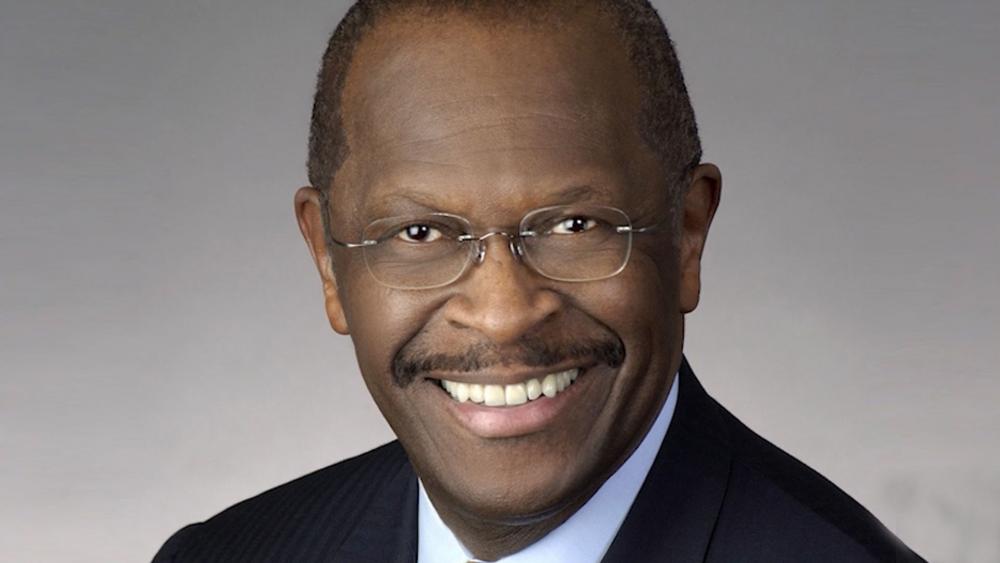 In a moving Twitter thread posted Thursday, the former communications director for Herman Cain, who died due to complications from COVID-19, eulogized the one-time presidential contender.

“I’m bracing for the cruelty online about how he deserved to get COVID and die because of his politics,” wrote Ellen Carmichael. “We’re living in a dark time. But, they didn’t know him. I did.”

Carmichael took on the task of serving as Cain’s communications director at the age of 23, when she was right out of college. She described her time working with the accomplished businessman-turned-politician as “a chaotic experience,” recalling her time “explaining away gaffe after gaffe from an unpolished candidate.”

While the work “was really hard and exhausting,” it was absolutely worth it, because Cain “was a giant of a person in ways that people who would choose to see him merely as a caricature could never understand.”

You're never ready for the kind of news we are grappling with this morning. But we have no choice but to seek and find God's strength and comfort to deal... #HermanCain https://t.co/BtOgoLVqKz

Before running for the Republican nomination for president in 2012, Cain, born and raised in Atlanta, served as a systems analyst for the Department of the Navy — a position he earned after earning a bachelor’s degree in mathematics from Morehouse College in 1967 and a master’s degree in computer science from Purdue University in 1971.

He later became a business analyst for the Coca-Cola Company, where he remained until 1977, when he was hired to manage an analysis group at the Pillsbury Company. He later left that position to lead a Philadelphia unit of Pillsbury’s Burger King franchises, which he saved due to a number of customer service and employee morale initiatives he incorporated.

Cain is perhaps best known, though, for taking Godfather’s Pizza, a struggling Pillsbury holding, and turning it around in just 14 months.

“This man knew business and he knew people,” wrote Carmichael. “His signature approach was to go to the people closest to the problem to solve it. It worked.”

In addition to his success in business and politics, Cain fought — and “miraculously” won — his battle against stage-four liver and colon cancer.

Carmichael also shared an anecdote from her time on the campaign trail with Cain. The recollection revealed quite a bit about the late politician’s character.

The now-32-year-old Carmichael wrote about remarks Cain made “about wanting to stop the construction of a mosque in Tennessee” — a position with which Carmichael disagreed.

“He understandably got a lot of blowback on this,” she wrote. “But, members of a northern Virginia mosque opened their doors to him. They educated him. They broke bread with him. They had him speak to summer campers. He called me from the airport, voice cracking from holding back tears.”

“He told me how wrong he had been, how wonderful of a time he had and how they invited him to speak at a future Friday service,” Carmichael added. “His life was clearly changed by the experience. I hung up the phone and cried myself.”

Despite the various opinions people have about Cain’s politics, Carmichael wrote that her former boss “was a really good person … and despite the challenges he faced in his life, he deeply loved his country with his whole heart.”

In conclusion, the former communications director thanked Cain for hiring her. “Rest in peace, Herman,” she wrote. “May you have your eternal reward.”

At the age of 23, I served as the communications director for Herman Cain’s presidential campaign. It was a chaotic experience, which explains how someone fresh out of college could find herself explaining away gaffe after gaffe from an unpolished candidate.

His American Dream story is one for the history books. Overcame absolute destitution, genuine discrimination, stage IV cancer and so much hardship in between. Rose up the ranks of America's biggest corporations, advised presidential campaigns, chaired a Federal Reserve bank...

He singularly took down HillaryCare when he had the tenacity to school President Clinton on basic economics in a townhall. Clinton, smug as ever, smirked as he thought Cain would side with him. He was wrong. Herman humiliated him. https://t.co/gF2NLaL5pU

Finally, I wish I could tell him this:

Thank you. You changed my life forever when you took a chance on me - a 23-year-old recent college graduate who foolishly thought she could be a presidential campaign spokeswoman.

Rest in peace Herman. May you have your eternal reward.