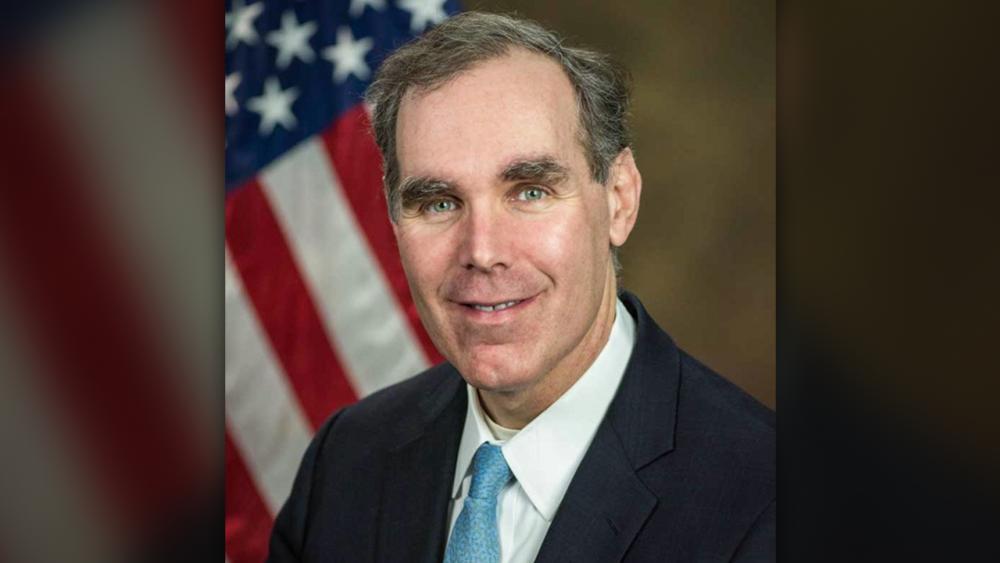 Eric Dreiband, Assistant Attorney General for the Civil Rights Division at the Department of Justice
6161674116001
Justice Dept to CBN News: George Floyd Case Is 'Very Disturbing' and a Top Priority

WASHINGTON - The head of the Justice Department's Civil Rights Division tells CBN News the George Floyd case is a top priority. The DOJ is now deciding whether to proceed with federal charges against the police officer accused in this tragic incident that has led to protests and riots across America.

The video of George Floyd slowly dying after having his neck brutally pressed by an officer's knee until he was no longer breathing is an image seared into our collective minds. Eric Dreiband, Assistant Attorney General for the Civil Rights Division at the Department of Justice, was horrified by it too.

"I've watched the video of what happened and led to Mr. Floyd's death," Dreiband tells CBN News. "I will say the video is very disturbing and very troubling."

As the head of the Civil Rights Division, Mr. Dreiband will oversee whether federal civil rights charges will be filed in the case. President Trump wants the situation expedited and Dreiband is working towards that end.

"The investigation is a high priority of ours," he says. "We're also working with state and local officials, but we will make an independent judgment about whether or not federal criminal charges or other action is warranted by the federal government."

If DOJ moves forward, it would be under what is known as "Color of Law" prosecution. Law enforcement officers are generally given quite a bit of authority and leeway to safeguard justice, but it's a crime for anyone serving under "Color of Law" protection to violate the constitutional or federally protected rights of an individual.

"We've prosecuted many, many police officers, other law enforcement officials around the country under that statute and criminal cases and we will continue to do that," Dreiband tells CBN News.

Critics aren't so sure there will be a good outcome. They point to past reluctance by the current administration to pursue federal investigations against law enforcement agencies. Ultimately, time will tell if this case leads to federal civil rights charges, but the larger issue remains the state of race relations in America.

"We have, I think, in our country both a proud and a tragic history when it comes to civil rights issues," Dreiband acknowledges. "I think what I've tried to do…is to convey that here in this country all Americans are equal before the law, they are entitled to equal justice under the law, and that our goal is to account for and be mindful of the tragedies that have happened in our country; the history of lynching and slavery and other things, but at the same time to acknowledge that many, many people in our history have acted in a heroic way to bring about civil rights protections for all Americans."

For Dreiband, one of those brave citizens is abolitionist Frederick Douglass, who escaped slavery and became known as the father of the civil rights movement in America. His portrait hangs near the assistant attorney general's office.

"I think as I go about my job on a day to day basis, I always look at the portrait that we have of Frederick Douglass and try to take inspiration from that."