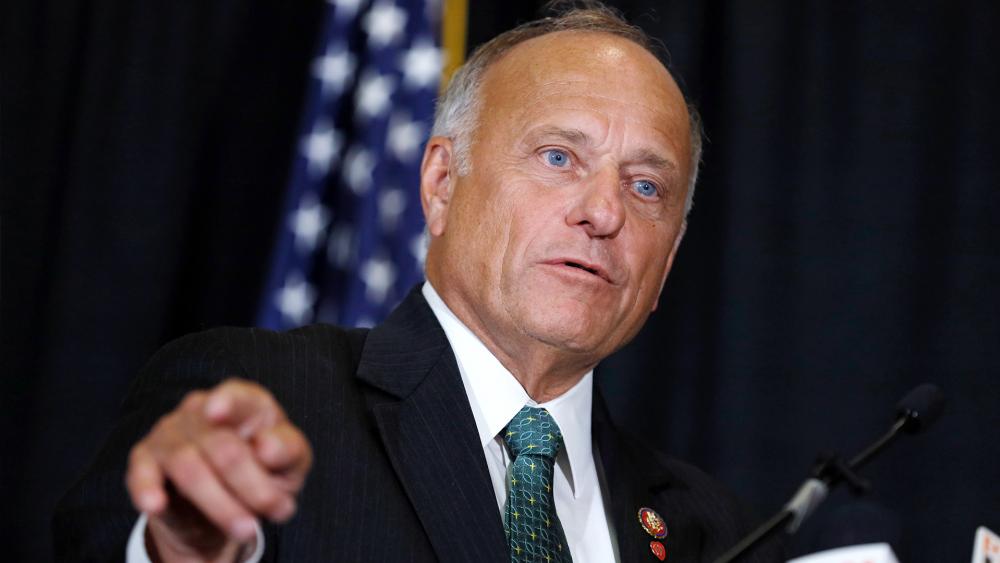 King had served nine terms in Congress but had a history of making controversial remarks on white supremacy and immigrants.

Some Republicans had warned King could lose the general election in November, and they didn't like the controversy he brought to the party.

Early last year, King questioned how expressions like "white nationalist" and "white supremacist" became offensive in the US.

"White nationalist, white supremacist, Western civilization — how did that language become offensive?" King asked during an interview with The New York Times. "Why did I sit in classes teaching me about the merits of our history and our civilization?"

Shortly after the interview, King stated that he is not a white nationalist or white supremacist.

"I want to make one thing abundantly clear; I reject those labels and the evil ideology that they define," King said. "Further, I condemn anyone that supports this evil and bigoted ideology which saw in its ultimate expression the systematic murder of 6 million innocent Jewish lives."

"It's true that like the Founding Fathers I am an advocate for Western Civilization's values, and that I profoundly believe that America is the greatest tangible expression of these ideals the World has ever seen. Under any fair political definition, I am simply a Nationalist," he added.

King, who served in Congress for nearly two decades, was defeated in the Iowa Republican Primary by state Sen. Randy Feenstra.

With 96 percent of precincts reporting, Feenstra led the vote at 46 percent against King's 36 percent.

"I am truly humbled by the outpouring of support over the past 17 months that made tonight possible and I thank Congressman King for his decades of public service," Feenstra said.

In the presidential race, Joe Biden is one step closer to claiming the Democratic nomination for president.

As expected, the former vice president won all seven primaries held Tuesday. That's no surprise since the other Democratic contenders have dropped out.

Tuesday's elections were marked by confusion over a large number of mail-in ballots due to coronavirus restrictions.