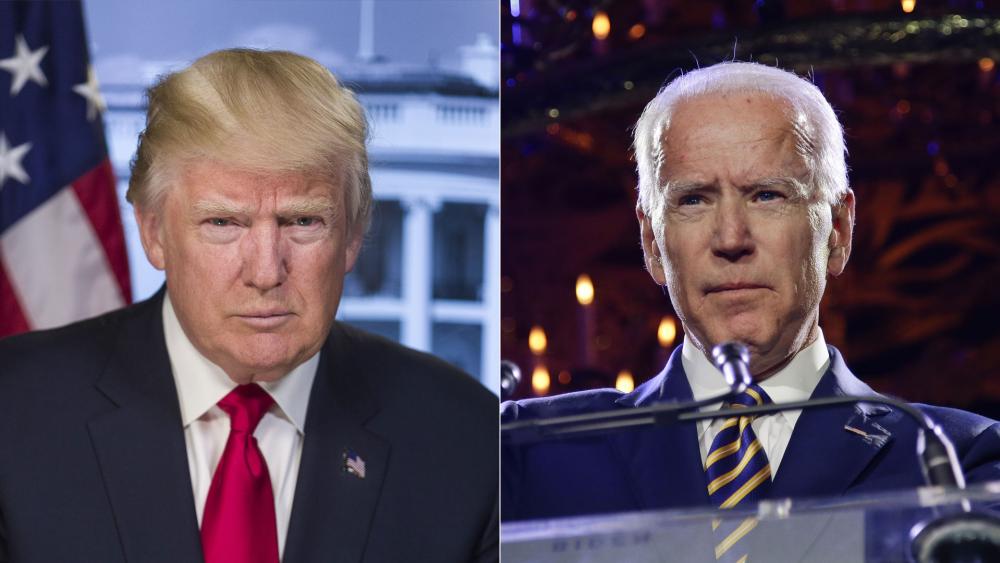 "He's like a child," the 77-year-old Biden said. "He can't believe this is happening to him, all his whining and self-pity. This pandemic didn't happen to him. It happened to all of us. His job isn't to whine about it, his job is to do something about it. To lead."

Trump, 74, says he has been leading, and is touting that to supporters. "We've done an incredible, historic job," he said.

Trump promised another round of stimulus help while campaigning in battleground Wisconsin. But new questions surfaced about the last round of payments after the Treasury Department sent checks to more than a million dead people – $1.4 billion misspent.

Biden called out Trump for saying the higher infection rate is because increased testing is picking up the existing cases.

"Here's what I say, testing is a double-edged sword," Trump Said.

The former VP made a campaign stop in Pennsylvania Thursday where he mistakenly claimed "now we have more than 120 million dead from COVID."

Trump tweeted a clip of Biden's gaffe saying, "This is beyond a normal mistake."

If I ever said something so mortifyingly stupid, the Fake News Media would come down on me with a vengeance. This is beyond a normal mistake. Why isn’t the media reporting it? pic.twitter.com/KkuWLkMfp7

The virus has claimed more than 124,000 lives as new cases surge nationwide.

Biden criticized Trump for holding large rallies despite more than a dozen members of his own staff recently testing positive.

"We're gonna be dealing with this for a long time," Biden said. "Trump can't wish it away! He can't bend it to meet his political wishes. There are no miracles coming."

Biden's campaign confirmed he will attend three debates with Trump.

The Commander-in-Chief is down in several of the latest polls, some showing Biden up by double digits.

"Make all the lame excuses you want. You don't even believe the excuses yourself. If Trump continues just tweeting while America burns, he will lose in a landslide. Don't tell me about 2016. This ain't 2016. Things have changed drastically. Trump is losing right now. Big time," Walsh tweeted on Friday.

Make all the lame excuses you want. You don't even believe the excuses yourself. If Trump continues just tweeting while America burns, he will lose in a landslide. Don't tell me about 2016. This ain't 2016. Things have changed drastically. Trump is losing right now. Big time.