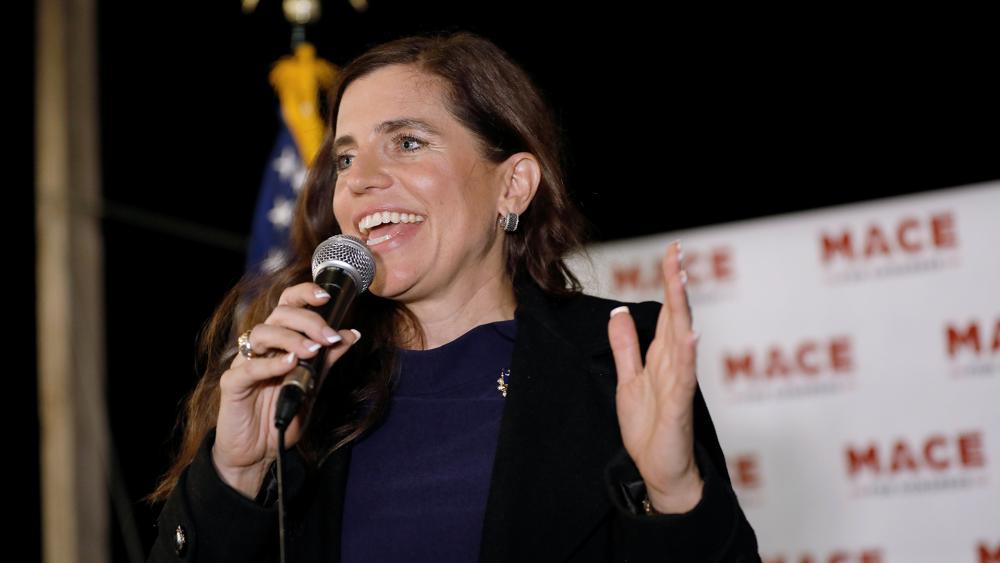 On an Election Day still clouded by a tense and bitter battle between the two men at the top of the ticket, Republican women are shining.

The GOP not only over-performed in races for the House of Representatives — they did it by adding women to their ranks, according to a lengthy report from The New York Times. By Wednesday night, the Republican Party had successfully elected 22 women, putting it on track to have the “highest number of them serving in their congressional ranks, surpassing the previous record of 25 women elected in 2004.”

Those wins came as Republicans fought to protect female incumbents in the Senate, where Joni Ernst of Iowa prevailed in her competitive race, Kelly Loeffler advanced to a runoff in Georgia, and Susan Collins won a decisive victory in her re-election race in Maine. Cynthia Lummis, a former House lawmaker, became the first Republican woman to represent Wyoming in the Senate, replacing the retiring incumbent, Senator Michael B. Enzi.

By Wednesday afternoon, Democrats had defeated only one Republican woman in the Senate, Martha McSally of Arizona, who had been expected to lose.

Republicans were still lagging far behind Democrats, who have spent years and huge sums to recruit and elect women across the country. But the Republican gains reflected the success of an urgent effort they undertook two years ago to make up for their widening deficit in enlisting women to run.

“The story of the 2020 congressional elections is this is the year of the Republican woman,” she said. “We are going to increase our ranks. There will be more Republican women serving in the United States Congress than ever before in our nation’s history. And this was a real effort that I led to recruit and support and invest in these incredible women.”

2020 is the year of the Republican woman! Proud of our amazing #EPAC endorsed candidates who won tough races across the country. America is going to fall in love with these incredible women leaders

Watch my interview on @foxandfriends with @ainsleyearhardt this morning pic.twitter.com/zeiXFraYo5

In addition to the at least 10 incumbent Republican women who have won re-election so far, the GOP is adding at least 12 women to the House:

According to a recent count from Politico reporter Ally Mutnick, the Republican Party will have at least 22 women — “if not several more” — joining the new Congress in January. In her report at Politico, Mutnick described the impressive numbers as part of “a record-breaking recruitment effort.”

“Latinos just said ‘no’ to socialism,” he said, adding, “The Hispanic community just emerged as the antidote to socialism and abortion.”

According to the exit poll, Trump did better in 2020 with every race and gender except white men.

Conservative commentator and talk radio host Erick Erickson said Thursday he’s come to the following conclusion: “Given the GOP’s strong showing across America and the president’s share of the non-white vote, the GOP would be insane to listen to those who want to walk away from the president’s agenda.”