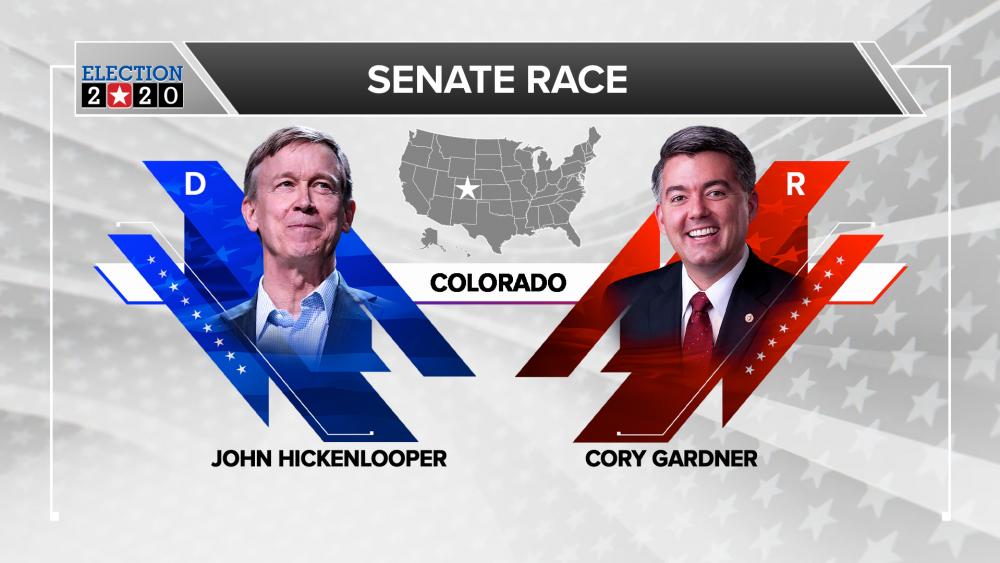 Democrats need to take at least three seats away from Republicans in order to win control of the US Senate.

Votes are still being counted, but the outcome appears to uphold Hickenlooper's place as front-runner after months of polls showed him with a significant lead over Gardner.

The two-term former governor began the election cycle as a presidential candidate but dropped out in August 2019 and later announced a run for Senate.

Hickenlooper's campaign largely focused on a health-care focused platform. He had also criticized the Senate for rejecting the House's budget-busting coronavirus relief plan after infections spiked again ahead of the election.

Gardner, whom President Trump said he was behind "100%" in February, had focused his campaign on his sponsorship of a wildlands protection bill that's now a law and efforts to repeal the Affordable Care Act.

Democrats think Hickenlooper's win for the party in Colorado is key to their bid to seize control of the Senate body.

The Colorado Secretary of State's Office said the state surpassed its turnout for the 2016 presidential election Tuesday morning with about 79% of active voters. They said the vast majority of voters used mail ballots.