WASHINGTON — President Donald J. Trump returned to the links for a second round of weekend golf one night after Joe Biden declared "a time to heal" in the start of new chapter in American politics.

Biden, whose victory speech was laden with numerous allusions to God and scriptural references, began his day at a Catholic church in Wilmington, Delaware.

The serene Sunday morning backdrop stands in sharp contrast to Saturday's celebratory victory lap after the networks called the presidential race for the former vice-president.

Before he addressed the nation, his running mate Sen. Kamala Harris, D-California, described him as a healer and a uniter. She also credited him as a trailblazer for choosing her to become the first woman of color to serve as vice president.

"While I may be the first woman in this office, I will not be the last," Harris declared. "Because every little girl watching tonight sees that this is a country of possibilities."

Mr. Biden pledged to be a president who works for all Americans and followed up by extending his hand to the 70 million voters who supported his opponent.

"For all those of you who voted for President Trump, I understand the disappointment tonight," he explained as he alluded to his two previous failed presidential bids. "But now let's give each other a chance."

The former vice president described this chapter in American history as "a time to heal," referencing the Old Testament book of Ecclesiastes. He also quoted a Catholic hymn based on Isaiah 40, which had special meaning to his son Beau, who died in May 2015 after battling cancer.

Saturday's network call came after the battleground state of Pennsylvania put Biden over the 270 electoral votes needed to win the White House, largely with ballots from the Keystone state's metropolitan hubs.

"While some, including President Trump, have spewed baseless claims of fraud—claims for which his team has not produced one iota of evidence—what we have seen here in Philadelphia is a democracy, plain and simple," said Philadelphia Mayor Jim Kenney.

"All the networks thought Biden was going to win by 10 percent," Rudy Giuliani pointed out. "Gee, what happened?"

That is where it appears the race is headed next, as the Trump campaign mounts its legal challenge in the courts and on social media.

"We believe these people are thieves," President Trump wrote in a post flagged by Twitter. "The big city machines are corrupt. This was a stolen election. Best pollster in Britain wrote this morning that this clearly was a stolen election, that it's impossible to imagine that Biden outran Obama in some of these states."

Even so, Biden's electoral gains sent people dancing in the streets, celebrating the end of the long campaign and drawn-out election results.

Overseas, world leaders quickly offered their congratulations to Biden and Harris, while some like Israeli Prime Minister Benjamin Netanyahu also extended thanks to President Trump.

"I don't know if Biden is good or bad for Israel. I hope he will be good," expressed an anti-Netanyahu protester in Jerusalem. "Let's see. Time will tell."

Meanwhile, on the other side of the political spectrum, questions remain whether the race is really over.

"I just would like the election to be decided legally," said a Trump supporter in Philadelphia.

It's increasingly likely questions surrounding the election will be settled by the courts as President Trump claims he won the election "by a lot" and is giving every indication that he will fight to the bitter end.

In the meantime, Biden's campaign is proceeding with plans to combat the coronavirus, scheduled to name task force co-chairs as early as Monday.

Biden reportedly also is planning to quickly reverse many of Trump's executive orders from climate change, to the Muslim travel ban, to rejoining the World Health Organization. 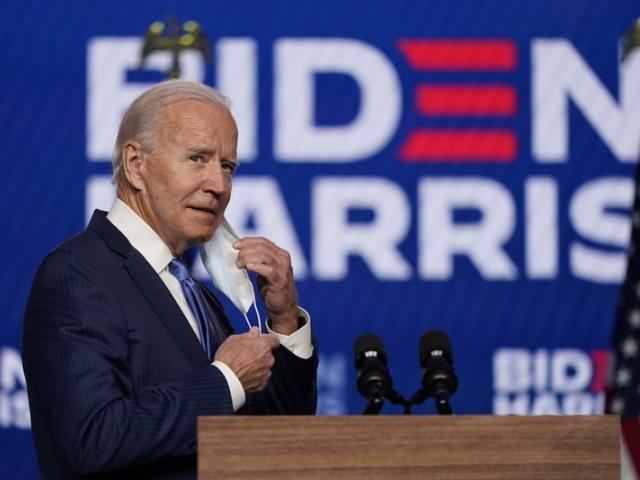