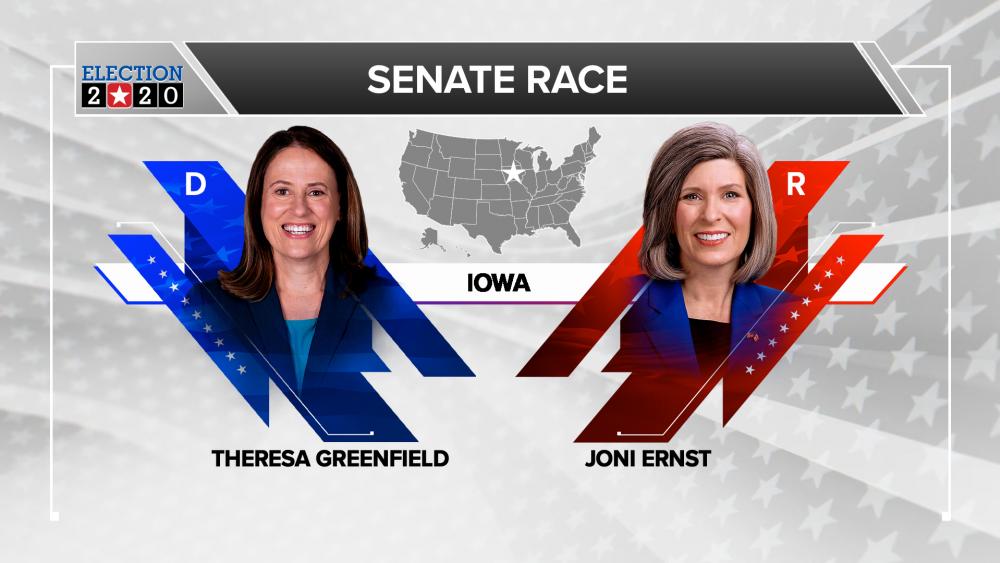 Republican Sen. Joni Ernst has won re-election to the US Senate in Iowa, and that's just the latest overall win that seems to point to the GOP retaining control of the Senate.

The AP and the New York Times have both reported that Republican Joni Ernst has won reelection.

Democrats were hoping to take control of the US Senate away from Republicans on Election Day, and they targeted quite a few Republican incumbents with that goal in mind – one of those key contests taking place in Iowa.

Ernst was elected six years ago and had been narrowly trailing real estate developer Theresa Greenfield, according to polls taken before Election Day. But in the same way that those polls appear to have understated President Trump's support, Trump's victory in Iowa may have helped Ernst because she has been a loyal supporter of the president.

In other words, if shy Trump voters did come out to vote in numbers beyond what the pollsters predicted, it could have also helped Ernst which then allows Republicans to maintain control of that crucial US Senate seat.

Republicans appear to be winning in other key Senate contests in states like Georgia, Michigan, and Maine, but those races are too close to call.