Top Highlights from Only Vice Presidential Debate as Pence, Harris Square Off 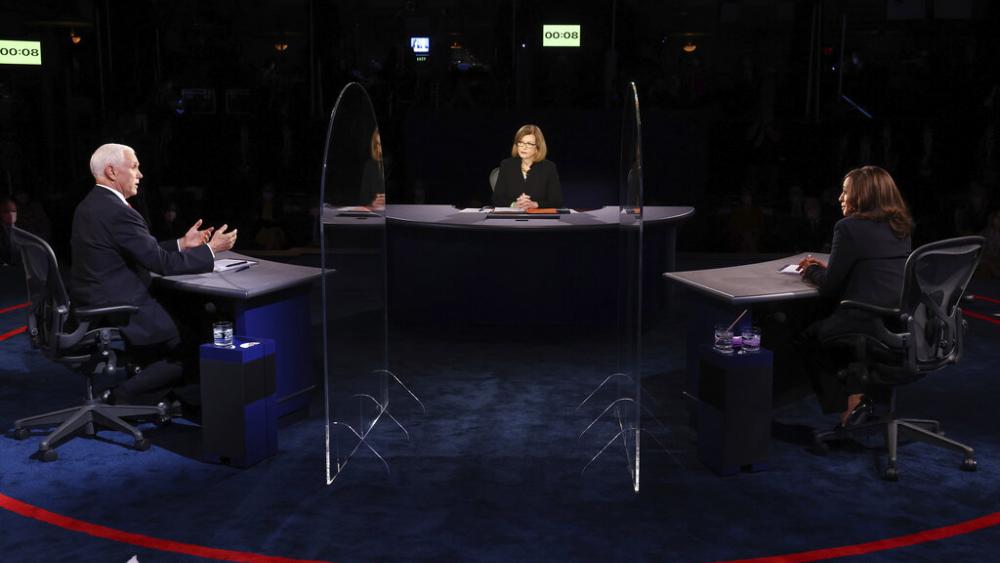 The two candidates vying for the job of Vice President of the United States went head to head Wednesday night in Salt Lake City, Utah. Though they landed punches, by all accounts it was a much more civil exchange than we saw last week when their bosses took to the debate stage. One hallmark of this debate: dodged questions.

The debate began on the topic of the coronavirus, and what the Trump White House did to navigate the pandemic which has claimed more than 200,000 American lives.

"We have witnessed the biggest failure of any presidential administration in the history of this country," said Sen. Kamala Harris (D-CA). "They still don't have a plan."

"President Trump did what no other president would do. He closed the borders to China, one of the most powerful economies in the world," Vice President Mike Pence countered. “There’s not a day that’s gone by that I haven’t thought of every American family that’s lost a loved one.”

Harris insisted the President was not honest with the American people from the outset about the deadly potential of the virus. And when asked if she herself would take an approved vaccine, she replied, “If the public health professionals, if Dr. Fauci, if the doctors tell us that we should take it, I’ll be the first in line to take it – absolutely. But if Donald Trump tells us that we should take it, I’m not taking it.”

The dodging began when neither candidate answered whether internal discussions had taken place on a succession plan given the ages of those at the top of both tickets.

Pence refused to say how a Trump health plan would help those with pre-existing conditions or if there would be a peaceful exchange of power if Trump loses.

Harris would not speak directly to Biden's support of the far-left Green New Deal and would not say if a Biden administration would seek to pack the Supreme Court by adding additional justices if Judge Amy Coney Barrett is confirmed.

The two did spar over the conservative Barrett's nomination which hangs in the balance less than a month away from Election Day.

"We particularly hope that we don’t see the kind of attacks on her Christian faith that we saw before," Pence said.

Harris said she found that insinuation insulting and pivoted to what she called the real issue. “Joe and I are very clear the American people are voting right now, and it should be their decision about who will serve on this most important body for a lifetime," she said.

The night did not end without a full discourse on the state of race relations specifically the deaths of George Floyd and Breonna Taylor.

Harris quoted what Trump said during last week's debate. "He refused to condemn white supremacists and when pressed he said, 'Stand back and stand by,'" she said.

Though it was mostly civil, there will be a few signature lines from the night.

And at one point during the debate, a fly that landed on Pence's head stole the show.

On international relations, Harris slammed Trump for trusting Russian President Vladamir Putin over his own intelligence community and called the US trade war with China a big loss.

Pence countered by saying Trump is not afraid to take a tough stand such as the killing of Iranian General Soleimani and reminded viewers that Trump kept his word by recognizing Jerusalem as Israel's capital and moving the US embassy there. It's something Biden failed to accomplish during his time in the White House as vice president.