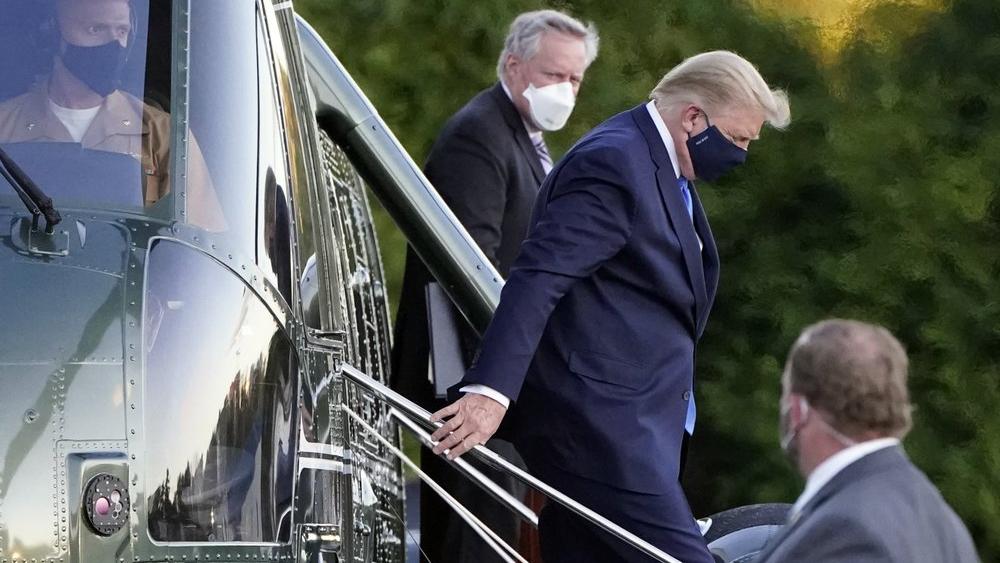 WASHINGTON (AP) -  President Donald Trump will spend a “few days” at a military hospital after contracting COVID-19, the White House said Friday, as the virus that has killed more than 205,000 Americans spread to the highest reaches of the U.S. government. Trump “remains fatigued,” his doctor said.

Trump was to depart the White House by helicopter late Friday for Walter Reed National Military Medical Center. The White House said the visit was precautionary and that he would work from the hospital’s presidential suite, which is equipped to allow him to continue his official duties.

“President Trump remains in good spirits, has mild symptoms, and has been working throughout the day,” said press secretary Kayleigh McEnany. “Out of an abundance of caution, and at the recommendation of his physician and medical experts, the president will be working from the presidential offices at Walter Reed for the next few days.”

Just a month before the presidential election, Trump’s revelation that he was positive for the virus came by tweet about 1 a.m. after he had returned from an afternoon political fundraiser. He had gone ahead, saying nothing to the crowd though knowing he had been exposed to an aide with the disease that has infected millions in America and killed more than a million people worldwide.

First lady Melania Trump also tested positive, the president said, and several others in the White House have, too, prompting concern that the White House or even Trump himself might have spread the virus further.

Trump has spent much of the year downplaying the threat of the virus, rarely wearing a protective mask and urging states and cities to “reopen” and reduce or eliminate shutdown rules.

The president’s physician said in a memo late Friday that Trump received a dose of an experimental antibody cocktail by Regeneron that is in clinical trials. Navy Commander Dr. Sean Conley said Trump “remains fatigued but in good spirits” and that a team of experts was evaluating both the president and first lady in regard to next steps.

The first lady, who is 50, has a “mild cough and headache,” Conley reported, and the remainder of the first family, including the Trumps’ son Barron, who lives at the White House, tested negative.

Trump’s Supreme Court nominee, Judge Amy Coney Barrett, who was with him and many others on Saturday and has been on Capitol Hill meeting with lawmakers, also tested negative, the White House said.

Trump’s diagnosis was sure to have a destabilizing effect in Washington and around the world, raising questions about how far the virus has spread through the highest levels of the U.S. government. Hours before Trump announced he had contracted the virus, the White House said a top aide who had traveled with him during the week had tested positive.

“Tonight, @FLOTUS and I tested positive for COVID-19. We will begin our quarantine and recovery process immediately,” Trump tweeted just before 1 a.m. “We will get through this TOGETHER!”

While House chief of staff Mark Meadows on Friday tried to assure the public that Trump was conducting business as usual, even as he confirmed that the White House knew Hope Hicks, the aide, had tested positive before Trump attended a Thursday fundraiser in New Jersey.

“I can tell you in terms of Hope Hicks, we discovered that right as Marine One was taking off yesterday,” said Meadows. Several staffers were pulled from the trip, but Trump did not cancel and there was no direct evidence that her illness was connected to his.

Many White House and senior administration officials were undergoing tests Friday, but the full scale of the outbreak around the president may not be known for some time as it can take days for an infection to be detectable by a test. Officials with the White House Medical Unit were tracing the president’s contacts.

Trump’s reelection campaign said it was putting on hold all events featuring Trump and members of his family but that Pence would resume campaigning since he tested negative.

Trump was last seen by reporters returning to the White House on Thursday evening and did not appear ill. He is 74 years old and clinically obese, putting him at higher risk of serious complications from a virus that has infected more than 7 million people nationwide.

Trump has been trying all year to convince the American public that the worst of the pandemic is behind them. In the best of cases, if he develops few symptoms, which can include fever, cough and breathing trouble, it will likely force him off the campaign trail and puts his participation in the second presidential debate, scheduled for Oct. 15 in Miami, into doubt.

Trump’s handling of the pandemic has already been a major flashpoint in his race against Biden, who spent much of the summer off the campaign trail and at his home in Delaware citing concern about the virus. Biden has since resumed a more active campaign schedule, but with small, socially distanced crowds. He also regularly wears a mask in public, something Trump mocked him for at Tuesday night’s debate.

“I don’t wear masks like him,” Trump said of Biden. “Every time you see him, he’s got a mask. He could be speaking 200 feet away from me, and he shows up with the biggest mask I’ve ever seen.”

In a tweet Friday morning, Biden said he and his wife “send our thoughts to President Trump and First Lady Melania Trump for a swift recovery. We will continue to pray for the health and safety of the president and his family.”

World leaders offered the president and first family their best wishes after their diagnosis, as governments used their case as a reminder for their citizens to wear masks and practice social distancing measures.

Trump’s announcement came hours after he confirmed that Hicks, one of his most trusted and longest-serving aides, had been diagnosed with the virus Thursday. Hicks began feeling mild symptoms during the plane ride home from a rally in Minnesota on Wednesday evening, according to an administration official who spoke on condition of anonymity to disclose private information. She was isolated from other passengers aboard the plane, the person said.

Hicks had been with Trump and other senior staff aboard Marine One and Air Force One en route to that rally and had accompanied the president to Tuesday’s presidential debate in Cleveland, along with members of the Trump family. The Trump contingent removed their masks during the debate, in violation of the venue rules.

Multiple White House staffers have previously tested positive for the virus, including Pence’s press secretary, Katie Miller, national security adviser Robert O’Brien and one of the president’s personal valets. An RNC official confirmed Friday that Chairwoman Ronna McDaniel learned she had tested positive Wednesday afternoon. She has been at her home in Michigan since last Saturday and did not attend the debate.

But Trump has consistently played down concerns about being personally vulnerable. He has mostly refused to abide by basic public health guidelines — including those issued by his own administration — such as wearing face coverings in public and practicing social distancing. Instead, he has continued to hold campaign rallies that draw thousands of often maskless supporters.

“I felt no vulnerability whatsoever,” he told reporters back in May.

As for Trump’s attendance at Thursday’s fundraiser, press secretary Kalleigh McEnany said, “He socially distanced. It was an outdoor event, and it was deemed safe by White House Operations for him to attend that event.”

McEnany and Trump’s social media director Dan Scavino, who was originally set to join him on the trip, were replaced at the last minute by other aides. McEnany briefed the press Thursday morning and made no mention of any suspected illness, raising anew concern about White House transparency.

It is unclear where the Trumps or Hicks may have caught the virus, but in a Fox interview, Trump seemed to suggest it may have been spread by someone in the military or law enforcement in greetings.

Trump is far from the first world leader to test positive for the virus, which previously infected Brazilian President Jair Bolsonaro and British Prime Minister Boris Johnson, who spent a week in the hospital, including three nights in intensive care. Former Italian Prime Minister Silvio Berlusconi was hospitalized last month while fighting what he called a “hellish” case of COVID-19.

Be sure to stay with CBN News for continuing coverage on President Trump's COVID-19 recovery on CBNNews.com, the CBN News app, and on the CBN News Channel. 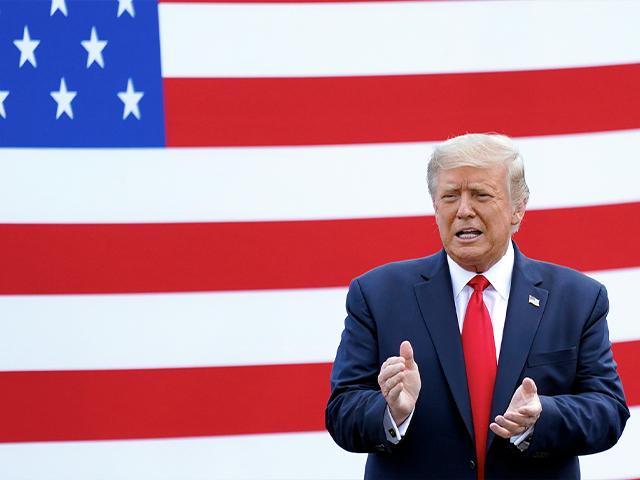 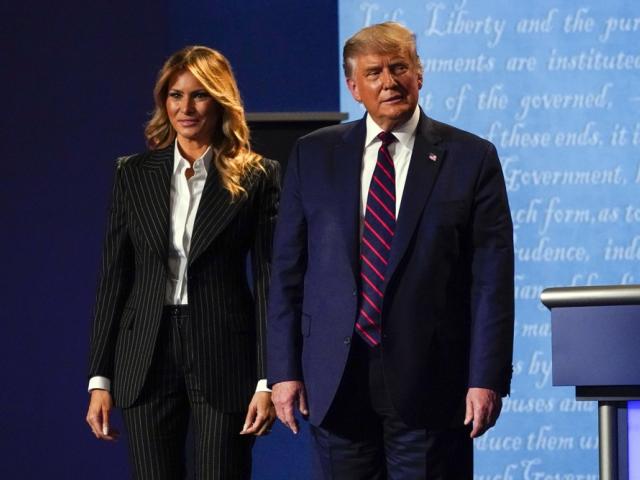 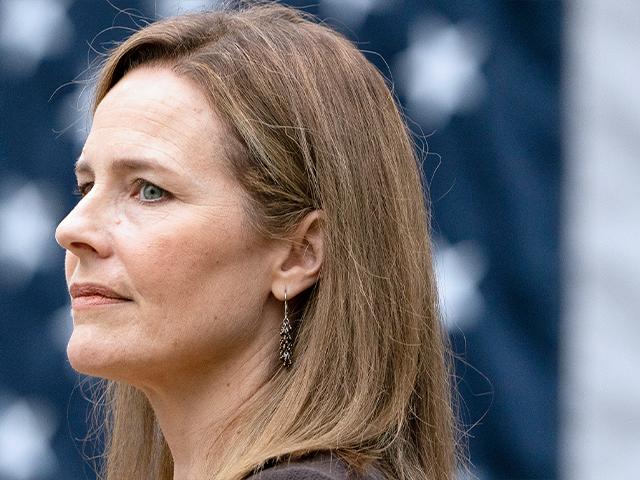