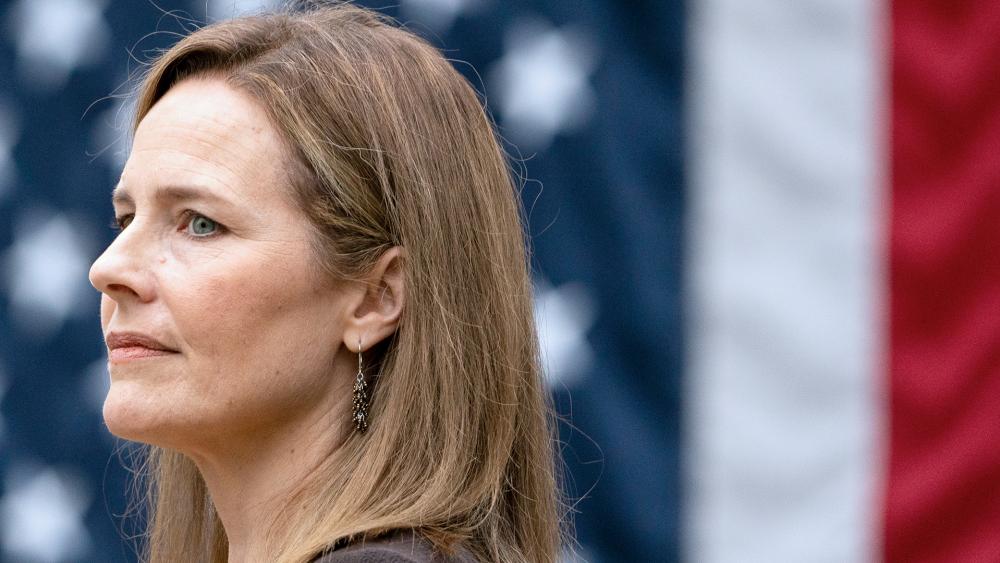 The Democrats spent most of their time relitigating Obamacare during the Senate confirmation hearings over Supreme Court nominee Amy Coney Barrett. But they found another attack line Tuesday when the Chicago judge used the word “preference” instead of “orientation” in describing sexuality.

Progressive lawmakers pounced immediately. Sen. Patty Murray (D-Wash.) called Barrett’s use of the word that was widely accepted until this week as “shameful and offensive” and Sen. Mazie Hirono (D-Hawaii) called it “offensive and outdated.” Sen. Cory Booker (D-N.J.) also grilled the SCOTUS nominee over her use of the benign word.

Judge Barrett using this phrase is shameful and offensive—and it tells us exactly what we need to know about how she views the LGBTQIA+ community. https://t.co/tLyGtHovgU

Barrett clearly laid the issue to rest when she told Booker: “Senator, I really — in using that word, I did not mean to imply that I think that, you know … that it is not an immutable characteristic, or that it’s solely a matter of preference. I honestly did not mean any offense, or to make any statement by that.”

She also made unequivocally clear to Sen. Dianne Feinstein (D-Calif.) that discrimination based on one’s sexuality is wrong.

But it didn’t matter. The attack line had already been deployed.

And late into the night Tuesday, the Merriam-Webster Dictionary changed its definition of the word “preference.” As recently as September, the dictionary considered the term interchangeable with “orientation.” But now, in alignment with the left’s attack against Barrett, the dictionary altered its definition of the word, now describing it as “offensive” when used to refer to a person’s sexuality.

As recently as last month, Webster’s Dictionary included a definition of “preference” as “orientation” or “sexual preference.” TODAY they changed it and added the word “offensive."

Insane - I just checked through Wayback Machine and it’s real.

Despite the aligned attack against Barrett, those on the left — including Democratic presidential nominee Joe Biden — have, without issue, used the word “preference” in describing sexuality.

Judd Deere, who is openly gay and serves as a deputy press secretary to President Donald Trump, noted Biden has used the word, adding, “I know what offends me, and this does not.”

Give me a break! The Democratic nominee for President used the same term in June of this year.

What is offensive is that she assumes I’m offended by this as part of her radical group-think belief.

I assure you Senator, I know what offends me and this does not.#ConfirmACB https://t.co/fLjYDyl5kP

In May, Biden used the phrase “sexual preference” and no one got mad.

The former vice president employed the term during a roundtable discussion, vowing to “rebuild the backbone of this country, the middle class, but this time bring everybody along regardless of color, sexual preference, their backgrounds” (emphasis added).

Robby Soave, an editor at Reason, suggested the left demand an “immediate apology” from Biden, since he, too, has used the same turn of phrase as Barrett.