Why ACB Should Follow What JFK Did: Declare She’s a Public Servant 1st, a Catholic 2nd 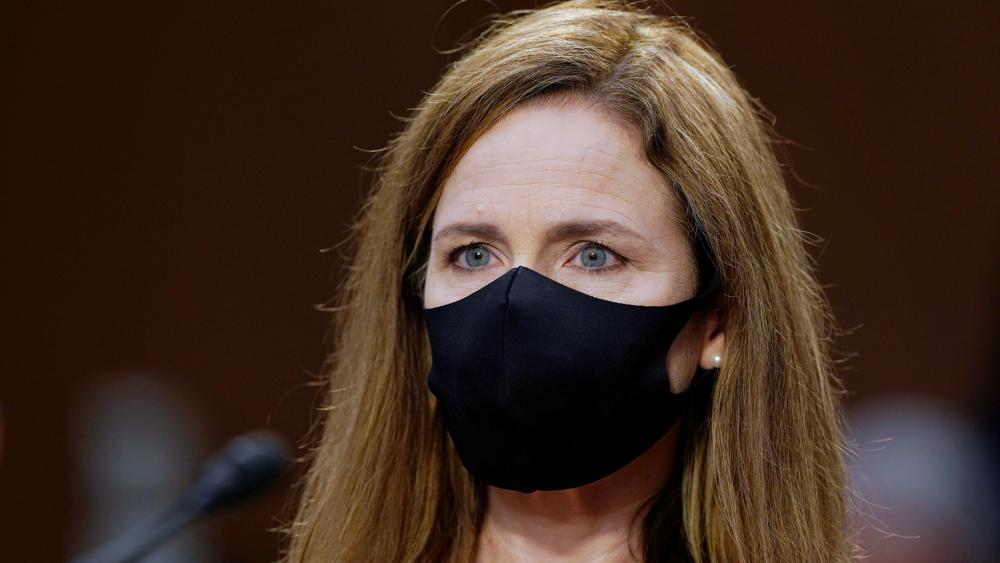 Leading legal scholar John Yoo watched with bated breath during the start of Amy Coney Barrett’s confirmation hearing, concerned that Senate Democrats might launch the kind of attacks on her deeply-held religious faith that they did the first time they encountered her. That was when she appeared before the Senate Judiciary Committee in 2017 for confirmation to the 7th Circuit Court of Appeals.

“I hope that today’s initial salvos show that the Democrats have decided to put such a terrible line of questioning aside. But you can’t be sure,” Yoo stated. “Three years ago, this was raised as the primary issue against her confirmation: that her religious faith, her deep faith to Catholicism would somehow influence the way she voted in cases.”

The UC Berkeley School of Law professor continued, “And so I hope that she (Barrett) will get up and say exactly what John F. Kennedy said when he ran for president in 1960: that he’s an American public servant first; he’s a Catholic second. That he takes an oath to uphold and support the Constitution, not to import his or her religious beliefs into their public duties. I think that Judge Barrett has been very clear that that’s what she would do. And I hope that Democratic senators change course and don’t follow that path again.”

But Yoo felt dismayed that Democrats are making such a big deal over one case and one subject: Obamacare.

“I think the Democrats are making a mistake trying to say this is all about healthcare,” this UC Berkeley professor said. “Healthcare is not going to be one of the most important issues that a Justice Barrett is going to face in her long career. The healthcare case doesn’t even really call on major constitutional issues at this point.”

As to the upcoming Nov. 10 Supreme Court case called California v. Texas, dealing with the Affordable Care Act, many observers say the odds are remarkably low that the Court will use that case to kill all of Obamacare. That’s due to a doctrine called “severability” which basically means that if a court kills part of a bill, it doesn’t have to kill all of it.

As Yoo put it, “Even if you might strike down parts of the Obamacare law, that doesn’t mean the whole statute is unconstitutional. And you might remember eight years ago actually, even with Chief Justice Roberts upholding the tax penalty for not getting health insurance in that case, he actually ended up striking down three other major parts of the law. Nevertheless, the majority said that Obamacare is such a big law, it’s got so many provisions, that the rest of it would survive. And that’s probably what would happen again no matter what Justice Barrett would say, were she to join the Court.”

Even if Obamacare were to be wiped out, it certainly doesn’t mean Congress can’t right away legislate a different healthcare plan.

“The most important thing is this is up to Congress,” Yoo stated. “Even if Barrett joins the Supreme Court; even if they rule on the constitutionality of different parts of Obamacare, that’s not a policy decision on whether it’s a good idea or a bad idea to have a nationwide health care system. That’s still up to Congress."

The law professor concluded, “Barrett should – and I think she did in her opening statement – make clear it’s not her job to decide what’s a good policy or a bad policy. She’s just there to call balls and strikes on what’s constitutional or not. And let the Congress and the president, whoever it may be after these November elections, decide on what the best healthcare system is for Americans.”