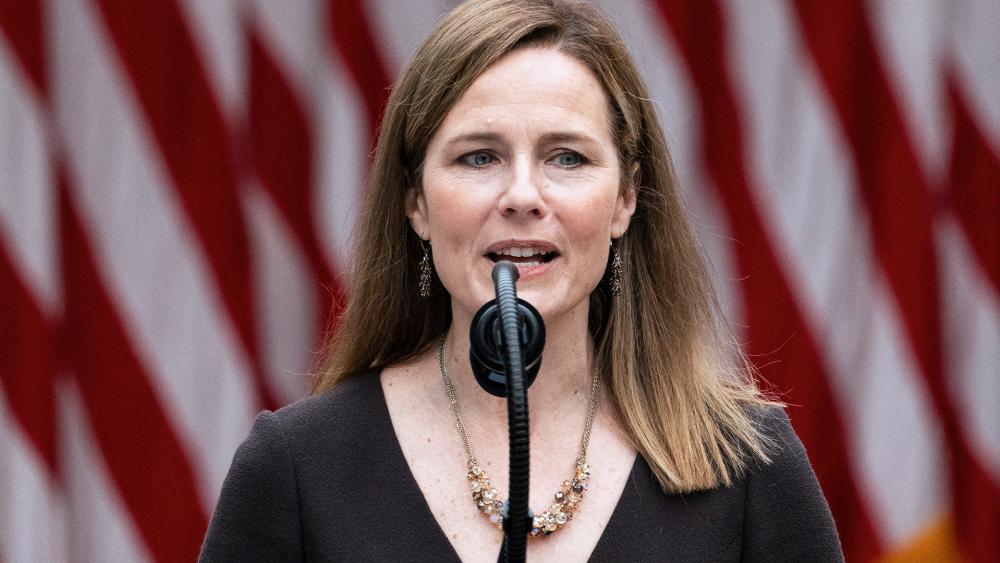 As senators vote to confirm Amy Coney Barrett to the US Supreme Court, questions arise about the potential impact of the new justice.

The Democrats' major argument against Barrett is that one week after the election when justices hear the case challenging the Affordable Care Act, her vote will help doom Obamacare.

She's just one vote, however, and in past cases, at least six of the other justices have been willing to declare parts of the Affordable Care Act unconstitutional while leaving the Act itself standing.

As UC Berkeley School of Law Professor John Yoo told CBN News, "The majority said that Obamacare is such a big law, it's got so many provisions, that the rest of it would survive. And that's probably what would happen again no matter what Justice Barrett would say were she to join the Court."

Will Barrett Cause the Court to Overrule Roe v. Wade?

Opponents' other main claim is that, since Barrett is pro-life, she'll join with four other justices and wipe out legalized abortion.

But Judge Barrett's own words show she doesn't necessarily think the Supreme Court is ready to do away with Roe v. Wade, or the ruling in Planned Parenthood vs. Casey that solidified Roe, as pointed out in a recent Heritage Foundation webinar discussing Barrett's cases, writings and statements.

Ilya Shapiro of the Cato Institute stated, "At a luncheon in 2013, she said, quote, 'it's very unlikely at this point that the Court is going to overturn Roe or Roe as curbed by Casey. The fundamental element, that the woman has a right to choose abortion, will probably stand'."

Still, some either hope or fear Barrett's presence will change that.  The argument is: the more pro-life justices on the Supreme Court, the surer the end to legalized abortion.  But the issue's more complicated than that.

As we saw in an earlier abortion-related case this year shooting down a pro-life Louisiana law, it appears the other four likely pro-life justices can't necessarily be counted on to form a majority with Barrett.

"Both pro-life and pro-choice activists are overselling the case that she represents a threat to Roe, because there aren't already four votes to overturn it in the first place," commented Shapiro.

What Barrett showed through two long days of grilling is she will stick with her pledge to be an impartial judge no matter what. It's why she refused time and again to express opinions when senators pressed her.

For instance, at one point a frustrated Illinois Democrat Sen. Dick Durbin said to Barrett, "It strains originalism if the clear wording of the Constitution establishes a right and you will not acknowledge it."

Barrett shot back, "Well, Senator, it would strain the canons of conduct which don't permit me to offer off-the-cuff reactions or any opinions outside of the judicial decision-making process. It would strain Article 3, which prevents me from deciding legal issues outside the context of cases and controversies. And as Justice Ginsburg said, it would display disregard for the whole judicial process."

As the Judicial Crisis Network's Carrie Severino put it, "The next step is to try to cancel this victory, undermine it completely by adding seats to the Supreme Court to override this vote for the rule of law and for sticking to the text of the Constitution."

She said of the Democrats who'd pack the Court, "What they want is to have a super-legislature of unelected judges who are going to cancel out what that law and Constitution says."

Court Packers to the Left of Even Bernie Sanders

The question is will those taking that route look at history and see how badly President Franklin Delano Roosevelt failed when he tried to pack the Supreme Court.

As to what others hope Barrett's impact will be, a number of speakers at a recent pro-Amy rally were clear she'll be a role model.

Barrett 'the Face of Feminist Freedom'

As Doreen Denny of Concerned Women for America put it, "This really is a moon-shot for young conservative women, who are witnessing for the first time that they might have a place at the table – that their views count."