Trump 'Played Down' Pandemic, Washington Post Claims, but Audio Reveals He Was Trying to Avoid 'a Panic' 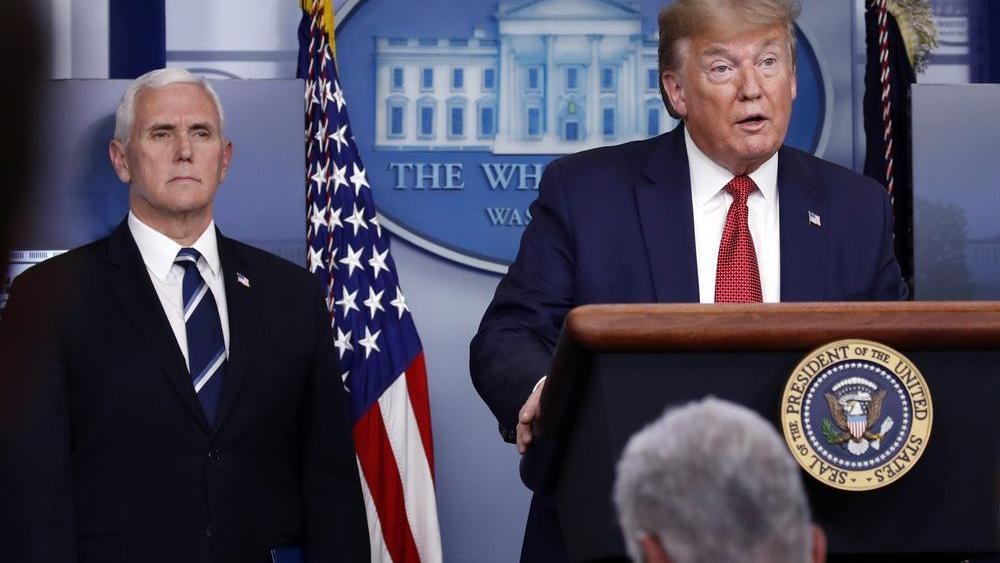 WASHINGTON - The Washington Post reported Wednesday that President Donald Trump admitted he initially "played down" the pandemic, but an audio recording of the conversation makes it clear that his main concern was about preventing "a panic".

Bob Woodward has audio recordings from a February interview with Trump where he talked about COVID-19 being "deadly," worse than the flu.

In another press briefing on Wednesday afternoon, President Trump confirmed his comments were about not creating a panic. "The last thing you want to do is create a panic in a country," Trump said.

He said the media spin about his comments is "just another political hit job." The president pointed out he took quick steps to close travel from other countries like China on January 31 in order to save lives, and he quickly bought masks and gowns from around the world to protect the American people.

The Post report indicated Woodward interviewed Trump again in March where he told the reporter, "to be honest with you. I wanted to always play it down." The interviews were for Woodward's new book, Rage, scheduled out September 15th, just in time for the election.

This comes as one of the companies working on a coronavirus vaccine ran into a setback after a late-stage human trial was put on hold. Astra Zeneca called it "routine action" for safety reasons after one of their volunteers suffered an unexplained illness. It's not clear if it's linked to the trial.

"It was one that shows that the science is guiding the way here," McEnany said. "When there was an adverse response by one individual Astra Zeneca chose to pause that phase three clinical trial. There are still two American vaccines in Phase 3 showing great promise."

That promise prompted Trump to tout a vaccine could be ready "before" Election Day.

But the nation's top infectious disease doctor Anthony Fauci doubts it will be ready by November 3rd. "You've got to engage the community both getting the appropriate demographic groups involved in the clinical trial," said Dr. Fauci. "So you prove that it's safe and effective to them."

Nine major drug companies are in the race for a vaccine. They've promised not to rush production but let science win until one is found out to be safe and effective.

"We will have a vaccine because of this President tearing through bureaucracy to get a safe and effective vaccine," McEnany said. "One day it (the virus) will go away, that is a fact."