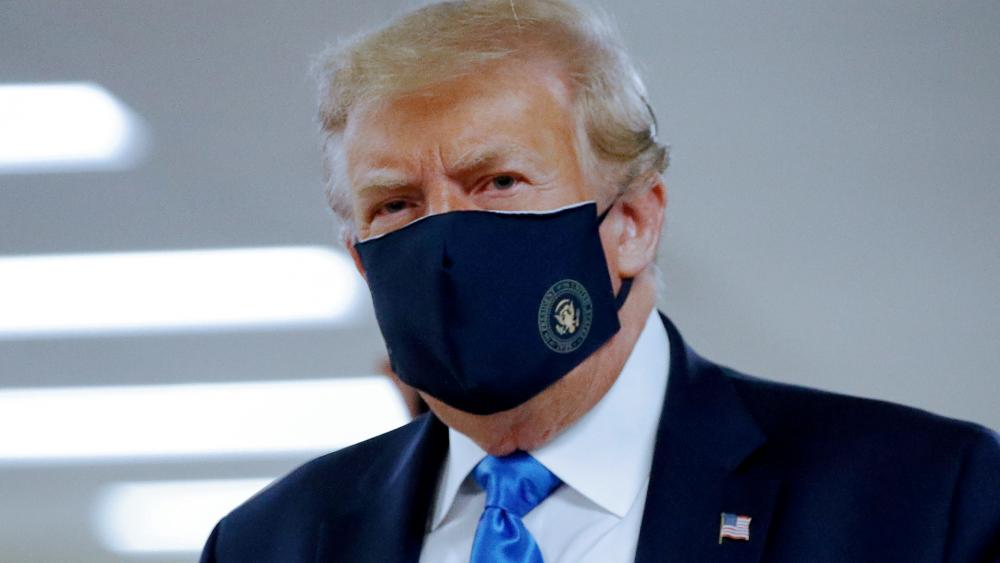 WASHINGTON – President Trump is defending himself after admitting on tape he downplayed the seriousness of the coronavirus to the American public. The recordings are part of a series of interviews Trump did with famed journalist Bob Woodward for Woodward's new book, Rage.

"I'm the leader of the country," said Trump. "I can't be jumping up and down and scaring people. I don't want to scare people. I want people not to panic. And that's exactly what I did."

The newly released recordings are part of 18 interviews Trump did with Woodward and reveal he understood the seriousness of the coronavirus as far back as February.

"It's also more deadly than, you know, your strenuous flus," Trump told Woodward on February 7th.

Three weeks later, Trump offered a different description of the virus to the public at a news conference. "This is a flu, this is like the flu," Trump told reporters. "Within a couple of days is going to be down to close to zero."

And then in March, Trump made this admission to Woodward: "I wanted to always play it down. I still like playing it down because I don't want to create a panic."

On Twitter Wednesday, Trump called Woodward's book a "political hack job" and reminded people that he was quick to ban travelers from China on January 31 – a step which was criticized by the media and the Left.

The White House says the President gave the interviews to Woodward out of transparency and that there's nothing to hide.

Dr. Anthony Fauci also came to Trump's defense. "I don't think he ever distorted things that I spoke to him about," Fauci told Fox News on Wednesday.

On the campaign trail, Democratic presidential nominee Joe Biden was quick to capitalize on the latest ammunition from the media, criticizing Trump.

"He knew how dangerous it was and while this deadly disease ripped through our nation he failed to do his job on purpose," Biden accused at a campaign rally in Michigan. "It was a life and death betrayal of the American people."

Biden has made Trump's response to the coronavirus the core issue of his campaign while Trump maintains that his early action saved millions of lives.