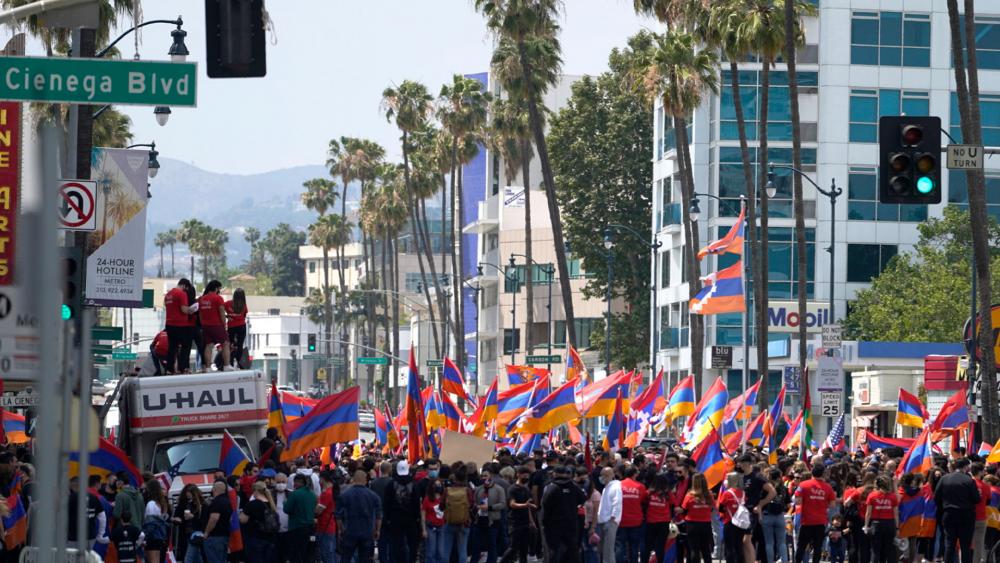 JERUSALEM, Israel - For the first time, an American president has officially recognized the Armenian Genocide from the early 1900s. While the announcement led to much jubilation it also sparked condemnation from Turkey.

President Joe Biden changed that when he said in a statement on Saturday: “Each year on this day, we remember the lives of all those who died in the Ottoman-Era Armenian genocide and recommit ourselves to preventing such an atrocity from ever again occurring.

American-Armenians hailed the decision they see as long overdue.

Beginning in April 1915, Ottoman authorities deported, massacred or marched to death 1.5 million Armenians in the first mass extermination of the 20th century. Turkey doesn’t deny the deaths from that era but refuses to call it genocide. The government maintains the death toll is inflated and it all resulted from civil unrest.

During a ceremony in Armenia, Armenia’s prime minister called Biden’s statement a “powerful step on the way to acknowledging the truth."

The White House’s announcement will likely cast a chilling impact on US-Turkish relations. Turkey’s foreign ministry said it would “open a deep wound that undermines mutual trust and friendship.”

For now, Armenians worldwide feel a historic injustice is being righted.

“Thank God that our president, he must (have) had some kind of guts between all those presidents, that he gets up and he accepts the genocide,” said Varoujan Kioudjian, 74, a grandson of a genocide victim.