The Biden administration on Wednesday began to undo a Trump-era ban on clinics referring women for abortions, a policy directive that prevented Planned Parenthood, the nation's leading abortion provider, from receiving one type of federal funding.

The proposed rule from the Department of Health and Human Services follows through on President Joe Biden's campaign promise to reverse his predecessor's family planning policy.

As CBN News reported in August of 2019, Planned Parenthood announced it was pulling out of the federal family planning program rather than abide by a new Trump administration rule prohibiting participants from referring patients for abortions.

Known as Title X, the federal family planning program has been in place for decades. It makes available about $286 million annually in grants that support clinics serving mainly low-income women. Those clinics, which provide birth control and basic health care services such as cancer screenings, have been affected by the impact of the coronavirus pandemic on health services providers.

Planned Parenthood had been in the Title X program for decades and had received almost $60 million from the program each year.

In February of 2020, a U.S. appeals court upheld the Trump administration rules that prevented taxpayer money from being used for abortions.

The rules forbid clinics that receive federal funds through the Title X program from making abortion referrals and from sharing space with abortion providers. In other words, Title X money is only supposed to be used for health care needs, not to promote abortion.

Trump Regulation Still in Effect, Could Remain for Months

The 2019 Trump administration policy "abandoned (a) client-centered approach over the objection of every major medical organization without any countervailing public health rationale," HHS wrote in the Biden proposal.

However, the Biden administration stopped short of immediately suspending the Trump regulation, an additional step that some abortion-rights advocates had sought. The Trump policy will remain in effect until it is formally superseded by the Biden rule, a process that can take months.

The Biden administration alleges that as a result of the Trump policy changes in 2019, the program serves about 1.5 million fewer women a year.

HHS said its proposed rule reversal will restore the program to how it ran during Barack Obama's presidency when clinics were able to refer women seeking abortions to a provider. The Biden rules will also put a greater emphasis on affordability and on eliminating racial and ethnic disparities, although many of the program's clients already are minority women.

The rule reversal on family planning clinics is proceeding alongside litigation over the Trump administration policy, which is now before the U.S. Supreme Court. In that case, the justices agreed to hear a challenge to the rules that Biden is now trying to unravel. Arguments are not expected to be heard before the fall.

The 1970 law that created the Title X family planning program stipulated that taxpayer money may not be used "where abortion is a method of family planning."

Abortion rights supporters and pro-life advocates have argued back and forth over decades, through Democratic and Republican administrations, whether counseling a patient about abortion or referring a patient to a different provider for an abortion violates that language.

When asked about what she thinks lies ahead in the battle over abortion in America, Nance replied, "Well, we've already seen the undoing of the Mexico City policy, which said over $100 million in U.S. tax dollars can't be spent for abortion abroad to promote abortion."

"The Biden administration right away in their flurry of executive orders on Day 1 undid that," she continued. "We're seeing the systematic assault against pro-life policies that were put into place by the Trump administration. And I think there's a lot to suggest that President Trump was perhaps our most pro-life president. Certainly, the only president, who not only supported with his politics but also was very vocal, attended the March for Life and did everything he could do as far as personnel, by the way, personnel is policy."

"At HHS, he protected the rights of doctors and nurses and pro-life professionals," Nance explained. "All of that, all of that is on the table now. All of those people are under assault. Their pro-life religious freedom rights are under assault. Hundreds and hundreds of millions of our tax dollars are going to end life. This is the issue." 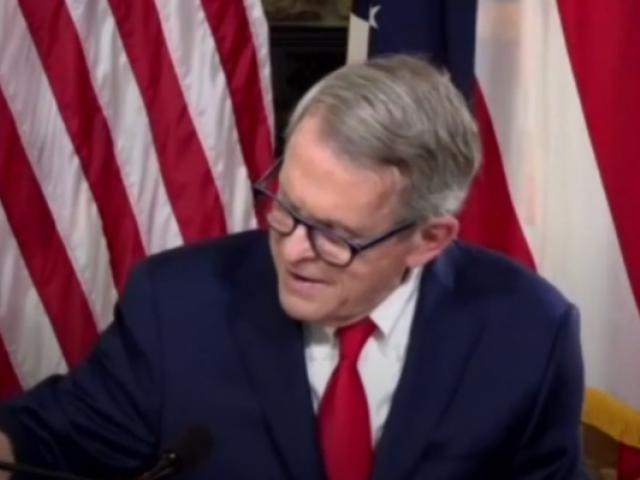