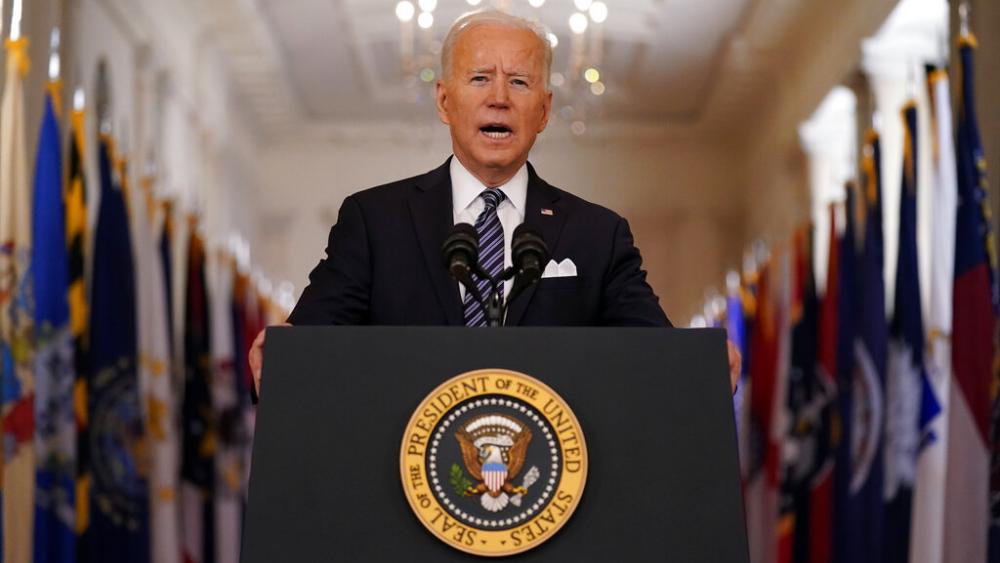 President Joe Biden speaks about the COVID-19 pandemic during a prime-time address from the East Room of the White House, Thursday, March 11, 2021, in Washington. (AP Photo/Andrew Harnik)
6250763964001
Biden to Give First Speech to Joint Session of Congress Wednesday Night

President Joe Biden gave his first speech to a joint session of Congress Wednesday night as he draws closer to his first 100 days in office on Friday.

During his address, he highlighted his administration's accomplishments so far and give the American people details on the second part of his infrastructure plan.

Watch the President's Address and CBN News LIVE Analysis Below:

Front and center, Biden is expected to take a victory lap for progress made in the pandemic, specifically for doubling his original goal of 100 million shots into arms in his first 100 days.

From the day Biden was inaugurated, he promised to take on the pandemic and the economy, the two biggest monsters he said he needed to slay.  His first big victory came two months in office, when he signed the $1.9 trillion American Rescue Plan into law, sending payments of up to $1,400 directly to Americans.

"This is an American achievement," Biden said.  "A powerful demonstration of unity and resolve."

Next, the President aims to address the economy through two more plans which the White House calls two parts of an overall infrastructure plan. Weeks ago, Biden gave details on the first part, the $2.7 trillion American Jobs Plan.

"It's not a plan that tinkers around the edges," he said.  "It's a once-in-a-generation investment in America."

"It is a massive expansion of the government-financed on the backs of the American taxpayers, with taxes that will hurt the economy and cost us jobs," Sen. John Thune (R-SD) clapped back.

The President is expected to give details Wednesday night on the second part of the infrastructure plan, dubbed the American Family Plan, which is sure to meet opposition as well.

He will also likely address administration setbacks like the crisis at the southern border. Migrants, particularly unaccompanied minors, are overwhelming facilities there sparked by the reversal of some Trump immigration policies.

Also, an uptick in mass shootings across the country has left the West Wing scrambling to uphold pledges of gun control and to address what it calls systemic racism that disproportionately affects black and brown people and how they're policed.

Then there's the issue of bipartisanship, one that Biden hit hard on the campaign trail and his inaugural address pledging to reach across the aisle.

"President Biden's inaugural speech rings hollow," complained Sen. Lindsey Graham (R-SC). "Instead of trying to bring us together, he's on the phone trying to ensure a couple of Democrats will not work with Republicans."

"I'm usually a hard grader, but I give Biden an 'A,' a full 'A,' said Larry Sabato of the University of Virginia Center of Politics. "It is important and significant that President Biden has been able to get support among Independents and even a sliver of Republicans because it's a big country. It's a controversial country and we all have to live together."

According to the latest polls, Biden's approval rating hovers around 52 percent.

Some had called for the President to postpone his address because the House is in recess this week, but that didn't happen.