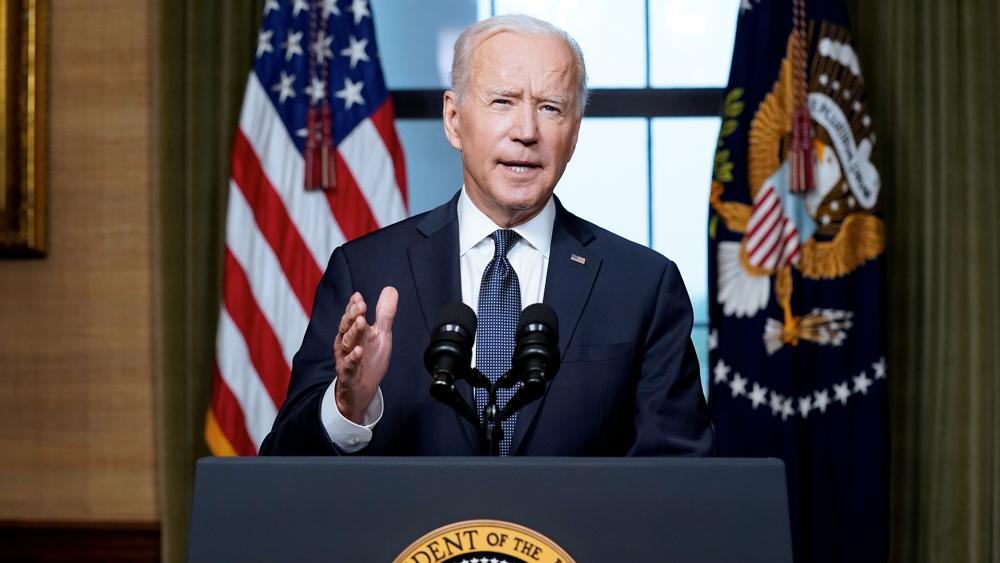 President Joe Biden speaks from the Treaty Room in the White House on Wednesday, April 14, 2021, about the withdrawal of the remainder of U.S. troops from Afghanistan. (AP Photo/Andrew Harnik, Pool)

WASHINGTON (AP) — President Joe Biden is preparing to formally acknowledge that the systematic killing and deportation of hundreds of thousands of Armenians by the Ottoman Empire in modern-day Turkey more than a century ago was genocide, according to U.S. officials.

The anticipated move — something Biden had pledged to do as a candidate — could further complicate an already tense relationship with Turkish leader Recep Tayyip Erdogan. Administration officials had not informed Turkey as of Wednesday, and Biden could still change his mind, according to one official. The U.S. officials spoke on condition of anonymity to discuss internal deliberations.

Lawmakers and Armenian-American activists are lobbying Biden to make the announcement on or before Armenian Genocide Remembrance Day, which will be marked on Saturday.

One possibility is that Biden would include the acknowledgment of genocide in the annual remembrance day proclamation typically issued by presidents. Biden's predecessors have avoided using “genocide” in the proclamation commemorating the dark moment in history.

A bipartisan group of more than 100 House members on Wednesday signed a letter to Biden calling on him to become the first U.S. president to formally recognize the World War I-era atrocities as genocide. Democratic Rep. Adam Schiff of California spearheaded the letter.

“The shameful silence of the United States Government on the historic fact of the Armenian Genocide has gone on for too long, and it must end,” the lawmakers wrote. “We urge you to follow through on your commitments, and speak the truth.”

Biden as a candidate marked the remembrance day last year by pledging that if elected he would recognize the Armenian genocide of 1915 to 1923, saying “silence is complicity." He did not offer a timeline for delivering on the promise.

White House press secretary Jen Psaki on Wednesday said the president would have more to say Saturday on this remembrance day.