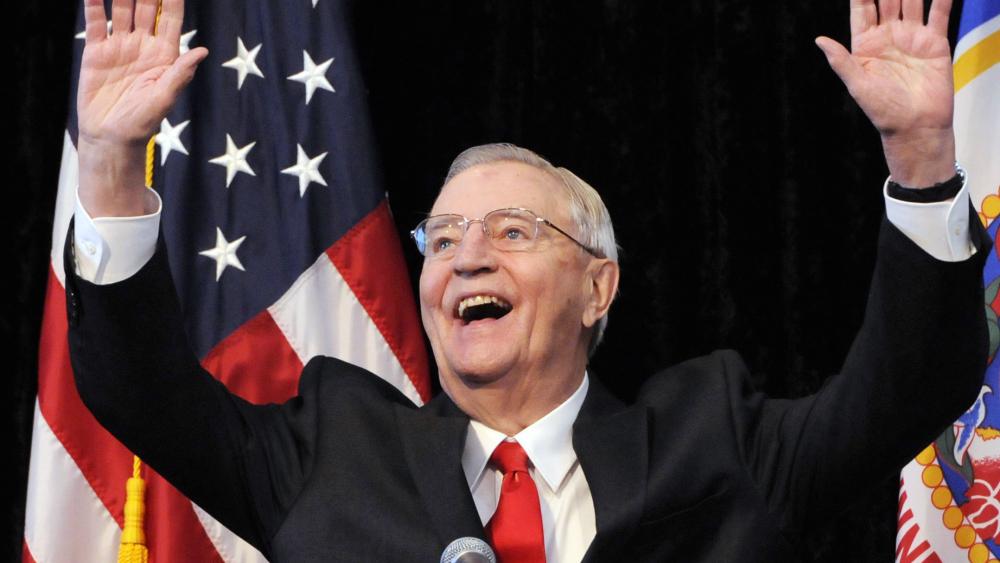 MINNEAPOLIS (AP) - Former Vice President Walter Mondale, a liberal icon who lost the most lopsided presidential election after bluntly telling voters to expect a tax increase if he won, has died. He was 93.

Mondale served Minnesota as attorney general and U.S. senator. He followed the trail blazed by his political mentor, Hubert H. Humphrey, to the vice presidency, serving under Jimmy Carter from 1977 to 1981.

Mondale’s own try for the White House, in 1984, came at the zenith of Ronald Reagan’s popularity. On Election Day, he carried only his home state and the District of Columbia.

Mondale made a different kind of history that year by choosing the first female running mate on a major party ticket, Geraldine Ferraro.

(Copyright 2021 The Associated Press. All rights reserved. This material may not be published, broadcast, rewritten or redistributed without permission.)