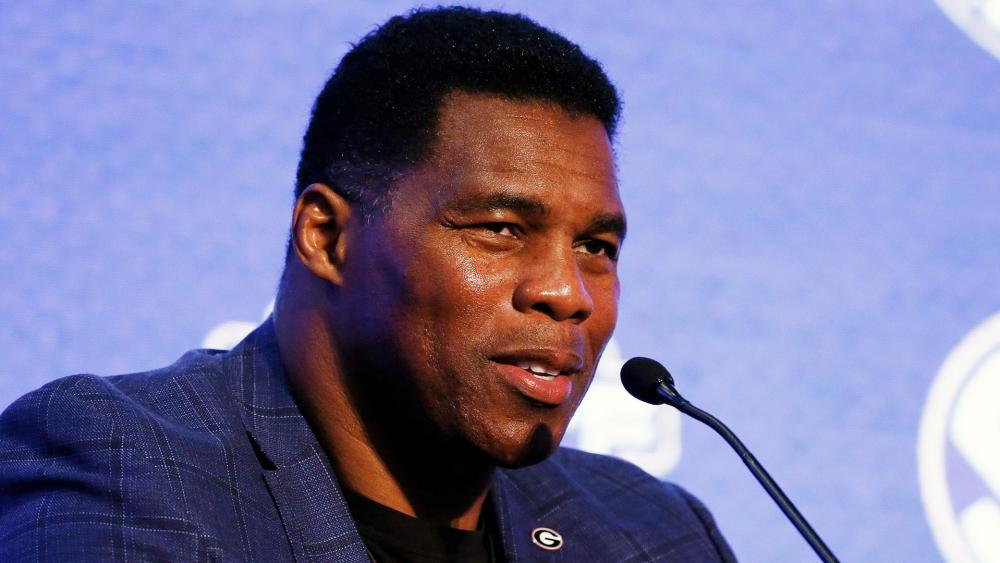 Walker joins other Republicans seeking the nomination to challenge Democratic Senator Raphael Warnock next year. He signed papers declaring his candidacy Tuesday that will allow him to raise money for a Senate run.

Walker, 59, won the Heisman Trophy in 1982 when he was a running back for the University of Georgia. He set records during a professional football career in the USFL and NFL, represented the U.S. in the Olympics, went undefeated in Mixed Martial Arts, and has run multiple successful businesses.

Additionally, Walker authored a book in which he shared how he overcame challenges with mental health and has dedicated his life to helping others with similar struggles. He has spent more than a decade visiting hundreds of military bases and hospitals speaking with thousands of troops and patients struggling with mental health.

"Our country is at a crossroads, and I can't sit on the sidelines anymore," Walker said in a statement. "America is the greatest country in the world, but too many politicians in Washington are afraid to say that. Where else could a poor kid from a small town in Georgia become valedictorian of his high school, earn the Heisman Trophy, play professional football, represent the United States in the Olympics, and become CEO of multiple companies? I have lived the American Dream, but I am concerned it is slipping away for many people."

"In the United States Senate, I will stand up for conservative values and get our country moving in the right direction. It is time to have leaders in Washington who will fight to protect the American Dream for everybody," he added.

Walker has also released a video of his announcement to social media.

As CBN News reported in August of last year, Walker expressed his disagreement toward pandemic restrictions on worship gatherings.

"We keep hearing the importance of freedom of speech. But let's not forget we have freedom of religion. Never give up our right to worship! If we can protest, we can get back to church," Walker wrote.