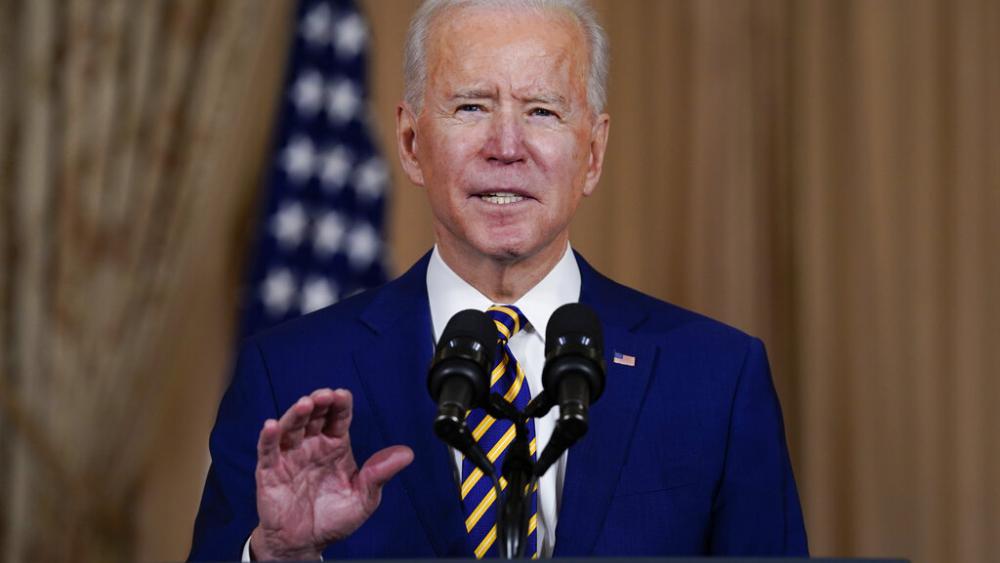 WASHINGTON - President Joe Biden delivered his first foreign policy speech as commander in chief on Thursday, sending a bold warning to several of America's adversaries. But some Mideast observers are also concerned his moves in Yemen could embolden one of the world's top state sponsors of terrorism.

He announced an end to U.S. support for offensive military operations in Yemen which were aimed at stopping Iranian-supported terrorists from taking over the country. If Iran can gain total control over Yemen, they'll then control shipping access to all oil from the Middle East coming through the Red Sea and the Persian Gulf.

"This war has to end, and to underscore our commitment we are ending all American support for offensive operations in Yemen, including relevant arm sales," Biden said.

Yemen has been a violent, terrorist hotbed for years, fueled by both the Iranian regime and Al-Qaeda. The U.S. has been targeting Iranian-backed Houthi radicals, as well as members of Al-Qaeda in the Arabian Peninsula, considered to be the most-dangerous outpost of the Islamic terrorist group that carried out the Sept. 11 attacks.

Yemen has been a launching point for terrorism, including the deadly attack on the USS Cole in 2000. And in 2019, Yemen's neighbor Saudi Arabia was hit hard by a drone-and-missile attack that temporarily crippled its oil output. The Houthis claimed the attack, but the U.S. and U.N. experts believe Iran carried it out.

Since taking office, Biden has spoken to 10 world leaders in an effort he says to repair relations damaged during the Trump administration.

"I made it clear to President Putin in a manner very different from my predecessor," he said.

"Unlike the previous administration we will be taking steps to hold Russia accountable for the range of activities that it has undertaken," said National Security Adviser Jake Sullivan. "That includes interfering in America's democracy, that includes the poisoning of citizens on European soil with chemical weapons"

Michael O'Hanlon with the Brookings Institution says this approach reflects bipartisanship consensus that the U.S. needs to be tougher on Russia.

"Especially over the last 7 or 8 years back to the end of the Obama Presidency and continuing through Trump presidency even though of course President Trump personally favored a little bit of a soft line on Russia but he never persuaded his fellow Republicans or Democrats to take that approach," O'Hanlon explained.

Biden then pointed to the nation he calls America's "most serious competitor."

Biden also announced increasing the number of refugees admitted into the country to 125,000, that's a big jump from the 15,000 allowed yearly under the Trump administration.