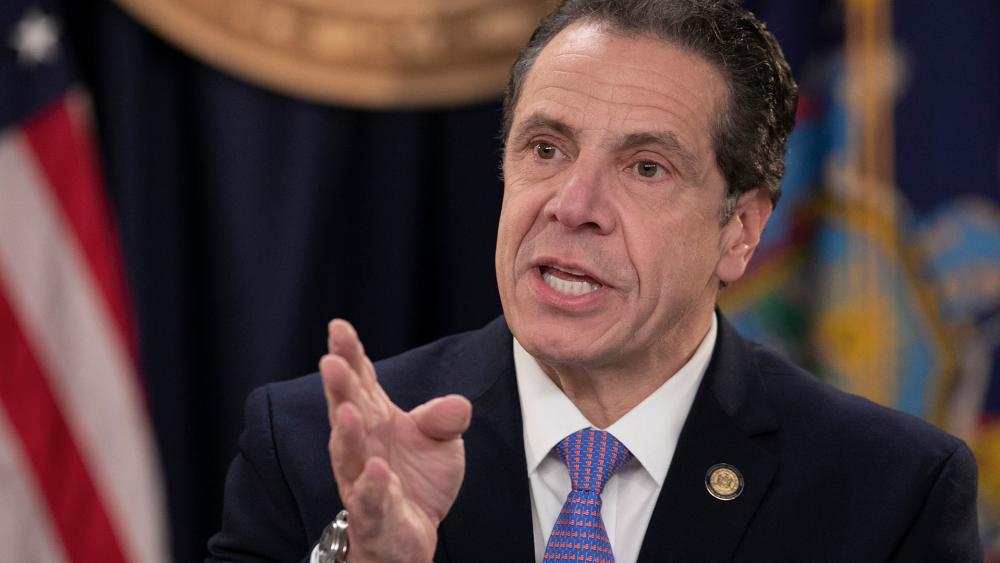 The FBI and the U.S. Attorney's office in Brooklyn, New York has started an investigation that includes looking into how New York Gov. Andrew Cuomo's coronavirus task force handled nursing homes and other long-term care facilities in 2020 during the COVID-19 pandemic.

The Times Union newspaper reports the probe is focusing on some of the senior members of the governor's task force.

Now, the New York state assembly's minority Republicans are also pressing their fellow lawmakers to form an impeachment commission in order to investigate Cuomo's handing of COVID-19 in nursing homes, according to the newspaper.

The draft of the resolution reveals the committee would have 60 days to complete an examination of all of the state's conduct when dealing with nursing homes and other long-term care facilities during the pandemic. The committee would present its findings to the legislature.

Cuomo has come under intense scrutiny for his handling of the pandemic after the state attorney general revealed the actual death count in long-term care facilities was much higher than the state government had reported.

Former U.S. ambassador to the UN Nikki Haley is calling on Biden and the media to do something about the New York nursing home scandal.

"We haven't heard a peep out of Pres Biden—who formerly called Cuomo the 'gold standard' for handling a pandemic. The media's abdication of responsibility is appalling. Time for them to step up, do their jobs, and demand answers from Cuomo—not turn a blind eye to his deception," Haley said.

We haven’t heard a peep out of Pres Biden—who formerly called Cuomo the “gold standard” for handling a pandemic. The media’s abdication of responsibility is appalling. Time for them to step up, do their jobs, and demand answers from Cuomo—not turn a blind eye to his deception.

It began to come to light when one of his top aides privately apologized to Democratic lawmakers for withholding the real number of nursing home deaths from COVID-19, saying they feared the Trump administration would use those numbers against them, according to the New York Post.

Some Republicans want Cuomo impeached or investigated for the alleged cover-up. The Associated Press revealed that Cuomo sent more than 9,000 COVID-infected patients back into nursing homes rather than sending them to other options like the USS Comfort which had sailed to New York to help with the crisis.

It was revealed that 12,743 long-term patients died of the virus in New York, much higher than the state's official tally of 8,500.

Earlier this week, the governor insisted his administration was honest in its reporting of COVID-19 in nursing homes but conceded they were too slow to get information to the press and public.

Families want to know if their loved ones could have been saved.

"Our seniors deserve justice and that requires an independent investigation," said Vivian Zayas, whose mother died from COVID in a New York nursing home.

Fox News' Janice Dean lost both of her in-laws and has been speaking out about Cuomo for months.

"He is a liar. He just continues to lie and deflect and blame everyone else," Dean said on Fox News.

Dean is calling for an independent bipartisan investigation into Cuomo and his administration.

"I am calling on every single lawmaker in Albany and also on the federal level," said Dean. "Do you not see what is happening right now? Do you not care about all of the people in New York state – why their loved ones died in nursing homes. He didn't follow the science. You don't put infected patients into nursing homes. That is the bottom line, governor."