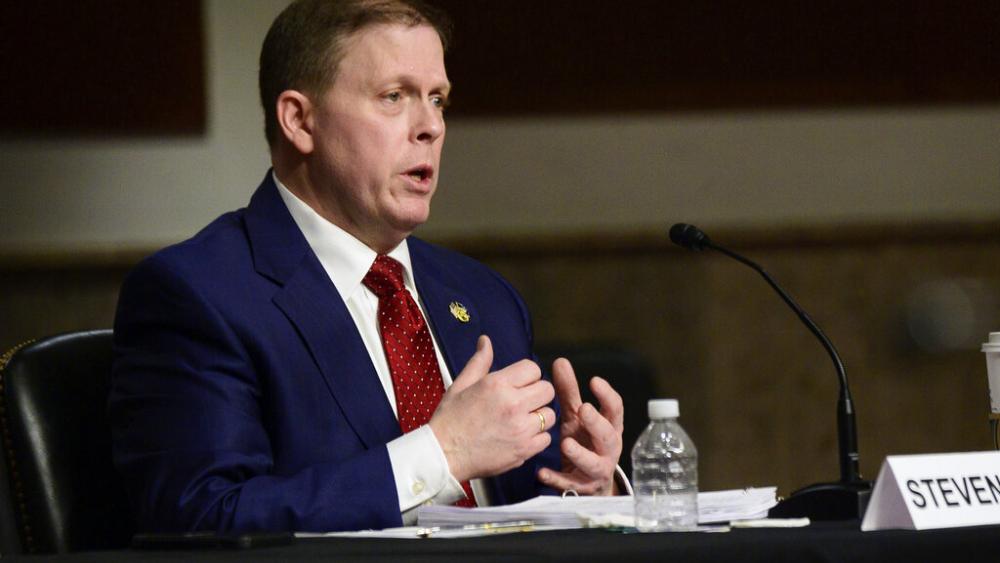 Lawmakers are formally digging into what went wrong on Jan. 6 that allowed rioters to breach the U.S. Capitol. Those who were in charge of securing and defending the Capitol that day were called to testify before a Senate panel Tuesday.

Images from that day remain burned into the memories of Americans, perhaps even more so for lawmakers, many of whom lived through the attack as it happened.

"We need to know if there was credible intelligence about potential violence when was it known and who knew it," said Sen. Rob Portman (R-OH). "We need to know."

On the hot seat was the former U.S. Capitol Police chief along with both former sergeants at arms of the House and Senate. Each resigned after the riots, the chief said Tuesday he regrets doing so. Also appearing before the Senate panel was the acting chief of the D.C. Metropolitan Police Department.

Three themes resonated repeatedly at the hearing. First, the insufficient intelligence leading up to Jan. 6.

"Based on the intelligence that we received, we planned on an increased level of violence at the Capitol and that some participants may be armed," said former US Capitol Police Chief Steven Sund.  "But none of the intelligence we received predicted what actually occurred. We properly planned for a mass demonstration with possible violence. What we got was a military-style coordinated assault on my officers and a violent takeover of the Capitol building."

"Based on the intelligence we all believed that the plan met the threat and that we were prepared," said former House Sergeant at Arms Paul Irving. "We now know that we had the wrong plan."

As to the second issue of being unprepared, the officials admitted that US Capitol Police definitely had neither the equipment nor likely the training to deal with a full-scale riot.

"No civilian law enforcement agency to include the U.S. Capitol Police is trained or equip to repel an insurrection of thousands of individuals focused on breaching a building at all cost," Sund said.

The third issue was response time.  Acting police chief Robert Contee told the committee that the D.C. Metro Police could not respond until he got the request from U.S. Capitol Police.

"The mob sustained assault on the Capitol precipitated an equally unprecedented response with then Capitol Police Chief Sund issuing an urgent request for MPD to come to assist in defending the Capitol," Contee said.

Contee said his force responded immediately, but he questioned the sluggishness in requesting National Guard help.

"I was surprised at the reluctance to immediately send the National Guard to the Capitol grounds," Contee noted.

According to testimony, it may have taken as long as an hour for Capitol officials to approve a request for the National Guard's involvement, and then even more time for the troops to arrive. It was during this precious time that officers were suffering at the hands of the rioters.

"I received chemical burns to my face that still have not healed to this day," U.S. Capitol Police Captain Carneysha Mendoza testified.

Investigating the events of Jan. 6 continues to be a central focus in Washington.

Attorney General Nominee Merrick Garland even testified during his confirmation hearing that prosecuting white supremacists and others who stormed the Capitol would be his top priority if confirmed.

"I don't think that this is necessarily a one-off," Garland said. "We must do everything in the power of the Justice Department to prevent this kind of interference with the policies of American democratic institutions."

Tuesday's hearing will not be the last time lawmakers study what happened before, during, and after the siege. Next week, they will hear from federal agencies such as the FBI, Department of Homeland Security, and Department of Defense to find out more about intelligence matters and response times.