Called to 'Walk That Line of Integrity': GA Secretary of State Answers Critics 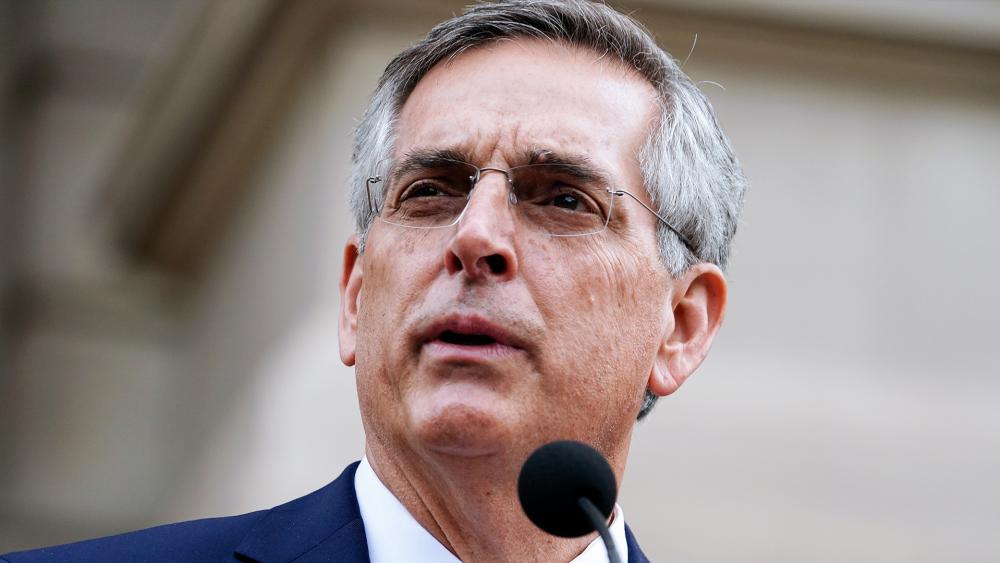 All eyes are on the Peach State and on the man tasked with running elections, Secretary of State Brad Raffensperger.

Most people outside of Georgia probably did not know who Brad Raffensperger was prior to November 3. But much like Georgia's elections, this state politician was thrust into the national spotlight suddenly as the eyes – and the ire – of the President and others bore down. But, under immense pressure, he did not break because he says he's no stranger to pressure, personal or professional, and he knows how to lean on his faith.

"We're called to make sure that we walk that line of integrity," Raffensperger said in a one-on-one interview with CBN News.

There's no question this 65-year-old knows who he is. "I'm a constitutional Christian conservative, real proud, and I'm not changing," Raffensperger said.

So, after the November election, when the storm started raging all the way from Washington with the President insisting "he's an enemy of the people, the Secretary of State and whether he's Republican or not," Raffensperger remained grounded.

"It's inflammatory but also it really borders on silly," Raffensperger said. "And at the end of the day, {Trump} may be disappointed but he should have run a better campaign, and I wish he would have."

Frustrated after losing Georgia in the November election, the President blamed the Secretary of State for not doing more to stop alleged fraud.

"They cheated and they rigged our presidential election," Trump declared.

Anger only increased when Raffensperger, a Trump supporter, certified the election in Georgia.

"As Secretary of State, I believe that the numbers that we presented today are correct," Raffensperger said. "The numbers reflect the verdict of the people."

But questions persisted, so Raffensperger ordered a hand and machine recount, both confirming the original results.

"As a Republican was I disappointed? Of course, I was, because I vote for our team which is Republicans," Raffensperger said. "But as Secretary of State our job is to follow the law, and follow the processes, and I think that integrity still matters."

Many Trump supporters were irate, and when Republican senators in the runoffs called for Raffensperger's resignation, the atmosphere grew hostile for him and his staff, prompting 24-7 security for his family.

"As soon as the two senators asked me to resign, the threats started coming in immediately," Raffensperger said. "And they came in to my wife first. We saw Antifa we saw BLM and we said how come the leaders of the Democrat party haven't condemned those, and then it comes on our side and it's like well how come our leadership hasn't condemned these threats of violence? What they're doing is unpatriotic."

As difficult as this election season has been, this is far from the toughest trial Raffensperger has faced in his life. That may have happened three years ago when his adult son died from an overdose.

"That same son had cancer when he was 26. That was a challenging time and we always leaned into our faith, we leaned into each other.  It's just an incredible hurt and incredible pain. It doesn't matter what the reason, what the cause is, it's just deep grief. They're always your child and it's devastating. What else can you do? We had something to lean into with each other and our faith in Christ."

Raffensperger credits his faith and strong marriage for giving him the strength to endure tough times.

"It's perseverance, and sticking to things and then really just having, I think, the most perfect wife in the world," Raffensperger said. "I met Trish in high school and we live life and we've lived it with the Lord."

Raffensperger says he'll continue doing his elected job to the best of his ability, including overseeing elections. He says he's proud of how November third went, despite the outcome.

"It was a very successful election," Raffensperger said. "{People} say, 'how could you say that?' Because it was a successful election. We had record turn-out, we had record absentee ballots that were sent in, over 1.3 million voters voted absentee. And as long as we have folks with that personal integrity, democracy and the constitutional republic will be safe here in the state of Georgia.

Secretary of State is a tough job, but Raffensperger doesn't shrink back from it. In fact, he says voters can look for his name on the ballot in 2022 as he seeks to serve another term. CBN News asked him if he had gubernatorial aspirations as his predecessor Brian Kemp did, of course, Kemp went on to be governor. Raffensperger said he's focused on doing the job at hand.