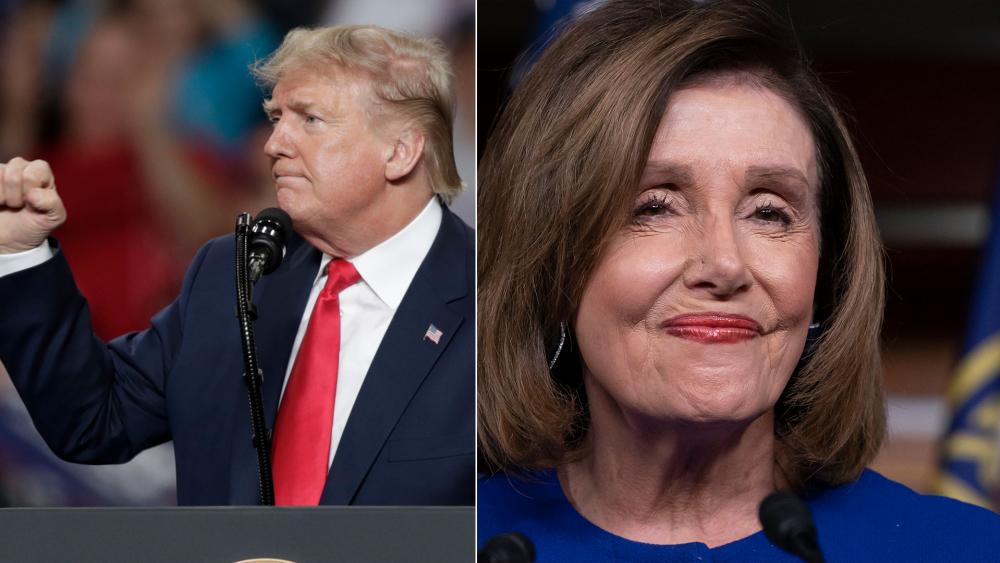 There are some things you just can’t make up.

During Wednesday’s debate on the floor of the U.S. House of Representatives over the impeachment of President Donald Trump, Rep. Louie Gohmert (R-Texas) referenced a quote from House Speaker Nancy Pelosi (D-Calif.), who, in 2018, called for “uprisings all over the country.”

Gohmert’s intention was to highlight the double standard that exists between conservatives and progressives.

“Here’s a quote: ‘I just don’t even know why there aren’t more — why there aren’t uprisings all over the country, and maybe there will be,’” Gohmert said, referencing words from Pelosi. “Or: ‘Sadly, the domestic enemies of our voting system and honoring our Constitution are right at 1600 Pennsylvania Ave. with their allies in Congress.’ We are called ‘enemies’ of the state. Those were all quotes from our speaker.”

“Now, on our side, we didn’t take those to be impeachable, because we didn’t believe she surely meant that,” continued the Texas lawmaker. “But by the Democrats taking this action, you’re telling me, ‘No, when we say those, we actually mean to incite violence.’ That’s what this action is saying.”

Like clockwork, as Fox News documented, many in the media quickly lended credibility to Gohmert’s claim.

As for Pelosi, she made the comment in reference to the backlash Trump faced in the summer of 2018 for his administration’s policy of separating children from their parents at the U.S.-Mexico border. The second remark — about the “domestic enemies of our voting system” — came in August 2020, when the House speaker was rebuking Republicans for voicing concerns about mass mail-in voting in the presidential election.

It’s worth noting Harris did condemn violence one time, in late August. She said: “We must always defend peaceful protest and peaceful protesters,” adding, “We should not confuse them with those looting and committing acts of violence.”

We would, of course, be remiss if we didn’t mention the now-infamous moment on CNN in August, when national correspondent Omar Jimenez stood in front of a building engulfed in flames in Kenosha, Wisconsin, where he claimed the protests had been “largely peaceful.” The network’s chyron at the bottom of the screen read: “Fiery but mostly peaceful protests after police shooting.”

And on MSNBC, anchor Ali Velshi — standing just yards away from the blazing scene — explained: “I want to be clear on how I characterize this. This is mostly a protest. It is not, generally speaking, unruly, but fires have been started…”

CNN ran the chyron tonight: "FIERY BUT MOSTLY PEACEFUL PROTESTS AFTER POLICE SHOOTING" while a fire raged in the background. pic.twitter.com/nEIKhTrepE

On Wednesday, Democrats — joined by 10 Republicans — voted to impeach Trump following a deadly riot that broke out in the U.S. Capitol on Jan. 6. The violent melee has resulted in six deaths, including those of two officers with the Capitol Police.

Lawmakers have argued Trump’s rhetoric about what he believes to be a “stolen election” incited the violence that unfolded in Washington, D.C.  But speaking of double standards, here's a tweet from Nancy Pelosi rejecting the election results from when Trump was elected:

Our election was hijacked. There is no question. Congress has a duty to #ProtectOurDemocracy & #FollowTheFacts.

The president, it should be noted, has condemned the violence. In a brief address from the Oval Office on Wednesday night, Trump yet again said he “unequivocally condemn[s] the violence that we saw last week.”

“Violence and vandalism have absolutely no place in our country and no place in our movement,” he said. “Making America Great Again has always been about defending rule of law, supporting the men and women of law enforcement and upholding our nation’s most sacred traditions and values. Mob violence goes against everything I believe in and everything our movement stands for.”