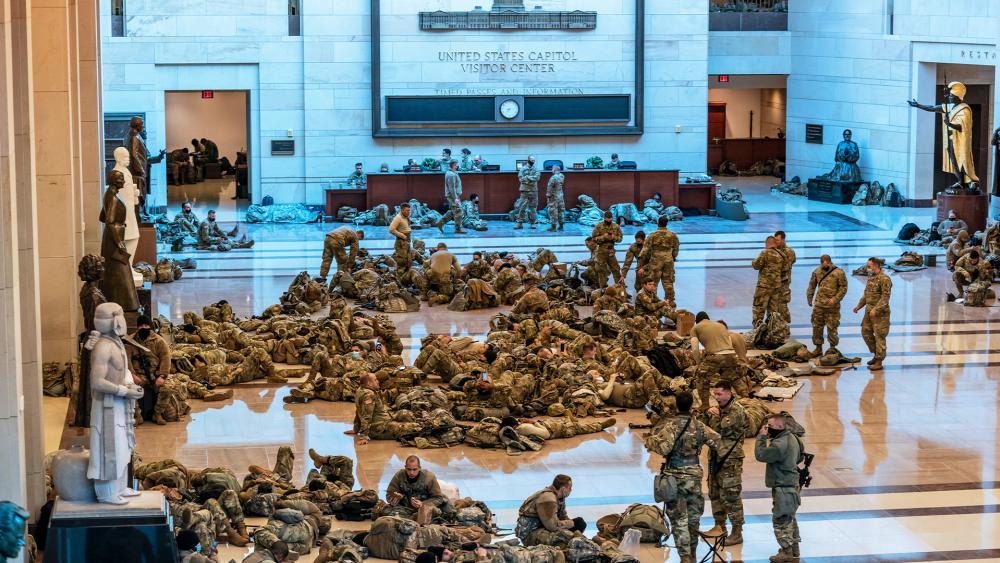 Texas Gov. Greg Abbott (R) ordered National Guard members from the Lone Star State to return home from Washington, D.C., after the U.S. Capitol Police ordered thousands of soldiers gathered in the city for Inauguration week to sleep in a parking garage.

Speaker Pelosi and Majority Leader Schumer—why are American troops who are tasked with keeping security at the Capitol being forced to sleep in a parking lot?

They deserve to be treated with respect, and we deserve answers. pic.twitter.com/J0R2dRC8bM

“I have instructed Gen. Norris to order the return of the Texas National Guard to our state,” tweeted the conservative governor.

I have instructed General Norris to order the return of the Texas National Guard to our state. @TexasGuard

Abbott wasn’t the only governor to take such an action.

A bipartisan group of lawmakers also condemned the sleeping arrangements for our military members. Senate Majority Leader Chuck Schumer (D-N.Y.) described the situation as “outrageous” and vowed to “get to the bottom of this.”

If this is true, it's outrageous.

In the meantime, freshman Rep. Madison Cawthorn (R-N.C.) decried the ordeal and said “our troops deserve better.” He also tweeted a video of himself delivering pizzas to the service men and women gathered in the D.C. parking garage late Thursday night.

“I just visited the soldiers who have been abandoned and insulted by our leaders,” wrote Cawthorn. “I brought them pizza and told them they can sleep in my office. No solider will ever, ever sleep on a garage floor in the U.S. Capitol while I work in Congress.”

In the wee hours of the morning, it appears the situation was resolved.

Sen. Tammy Duckworth (D-Ill.), herself an Iraq war veteran who lost her legs in combat, said the Capitol Police apologized to the Guardsmen and Guardswomen around 10:30 p.m. Shortly thereafter, the soldiers were allowed to return back inside the Capitol complex, NBC News reported.

Duckworth said it’s “unreal” this was ever an issue.

“I can’t believe that the same brave service members we’ve been asking to protect our Capitol and our Constitution these last two weeks would be unceremoniously ordered to vacate the building,” she tweeted.

I meant ASAP when I said it. Just made a number of calls and have been informed Capitol Police have apologized to the Guardsmen and they will be allowed back into the complex tonight. I’ll keep checking to make sure they are.

The senator updated her followers just after midnight to say all of the troops have left the garage, adding, “Now I can go to bed.”