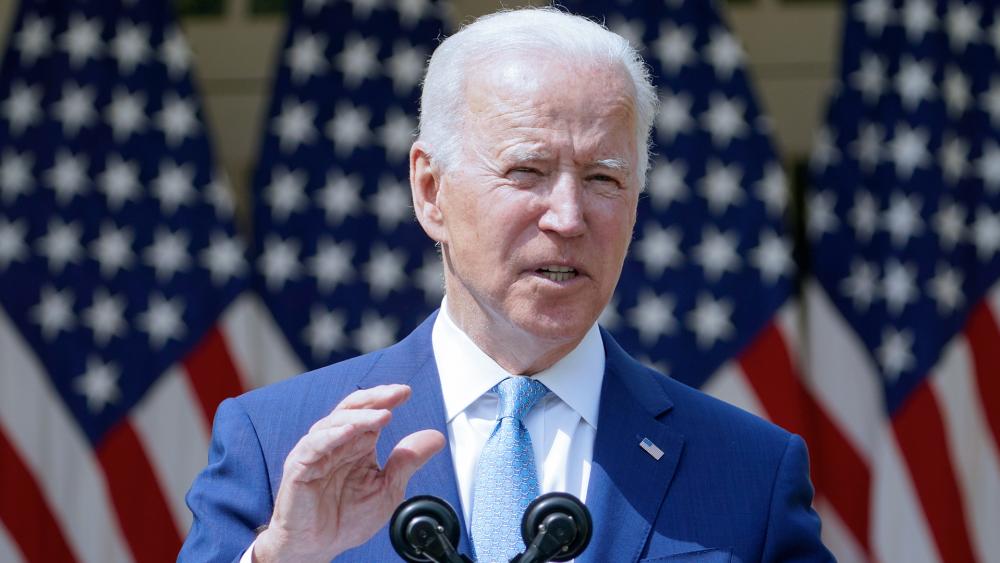 At the beginning of the Memorial Day weekend, President Biden quietly released his first budget proposal. Considering its whopping $6 trillion price tag, the budget landed with a loud thud bringing with it, a nearly $2 trillion deficit for next year.

The $1.8 trillion deficit will exist even with Biden's proposed tax increases on business and the wealthy. The proposal is aimed squarely at the middle with generous tax credits for families, subsidies for children and seniors, plus free community college.

"The best way to grow our economy is from the bottom up in the middle out," Biden said the day before releasing his proposal.

Two-thirds of Biden's budget is consumed by these main pillars:

Even with the proposed tax increases, the country would be $1.8 trillion in the red next year if the proposal passes as is.

Administration officials insist a number of factors, including the tax increases, will work together over the long term, to actually lower the deficit.

"It's a terrible budget," Moore said. "One of the reasons this is such an unwise budget and so harmful to America's economic future, is if we pass a $6 trillion budget we would see inflation continue to rage out of control much worse than it is today."

CBN News Financial Editor Drew Parkhill agrees. "It's not an accident that they released this budget on a Friday before a holiday weekend," Parkhill said.

He predicts the deficit could be even deeper than the administration anticipates.

"As a general rule the government does not bring in as much in tax revenue as they estimate, and they end up spending more than they think they will," Parkhill said. "So, this will be a recipe for deficits much higher than anticipated which are already at a sustained record level."

There's also a social issue sticking point for conservatives. The budget fails to reenact the Hyde Amendment, a longstanding provision that prohibits federal money from being used for abortions.

Tony Perkins of the Family Research Council says the American people shouldn't be surprised by this move because it's in keeping with what Biden said during the campaign.

"For these 45 years, there's been agreement that maybe you support abortion, but you don't support the idea that someone should be forced to pay for it," Perkins said.  "That's been the common ground. That has been jettisoned by this administration and by the proposed budget that this president has put forward."

One other aspect of the budget that's grabbing attention: military spending increases by less than 2 percent, something that is sure to get pushback.