VP Harris' Visit to Central America Receives Criticism from All Sides: 'She Is Going to Be Haunted by This Trip' 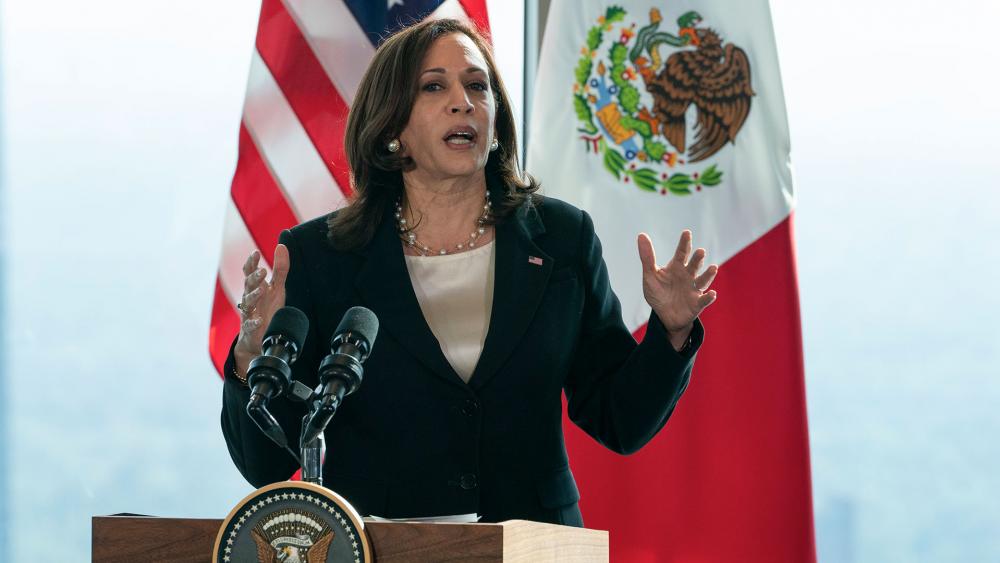 As the border crisis worsens, Vice President Kamala Harris's trip to Guatemala and Mexico this week has been widely criticized, not only by Republicans but by many Democrats, including progressives, Hispanic leaders, and others.

Joel Payne, a Democratic strategist told The Hill, "She is going to be haunted by this trip and this issue for as long as she is in politics. The border is a thorny issue and she can't win inside her party and she'll be targeted for these comments for a long time from Republicans. Issues like immigration are not the ones that anyone would sign up for given the obvious political risk."

Republicans also called Harris out about her trip and her way of trying to deflect blame.

"This unconventional approach is nothing more than a cynical political decision to ensure the blame doesn't fall on her shoulders by distancing herself from Biden's border crisis," House Minority Leader Kevin McCarthy (R-CA) said in a statement.

As CBN News reported, Harris is still taking heat for where she's not going - the US-Mexico border.

Harris met with Mexican President Andres Manuel Lopez Obrador Tuesday after a visit to Guatemala on Monday. Her goal was to tackle the border surge and the many political problems that go with it.

But at home, Republicans like Sen. John Cornyn (R-TX) said she went to the wrong place.

"The only problem is she's not visiting the border," he said. "She's not even in her home state of California which has a border with Mexico."

During an exclusive interview for NBC Nightly News, anchor Lester Holt pressed her on the issue asking, "Do you have any plans to visit the border?"

"You haven't been to the border," Holt replied.

"And I haven't been to Europe," Harris responded. "I don't understand the point you're making."

Cringe. Kamala Harris doesn't get it.

Holt: "Do you have any plans to visit the border?"

Holt: "YOU haven't been to the border."

Harris: ".....and I haven't been to Europe. I don't understand the point you're making." pic.twitter.com/fFXMf8X0b6

U.S. Rep. Steve Scalise (R-LA) also tweeted: "WATCH → Kamala Harris jokes that she hasn't been to Europe either when even NBC News confronted her about why she still hasn't visited the border. This is a crisis we're talking about—not a vacation."

Dr. Andrew Selee, the president of the Migration Policy Institute, told CBN News that the lack of a border visit by the Vice President may make sense from a policy lens, noting that she's focused on the diplomatic side of migration rather than the border which is managed directly by the Department of Homeland Security.

Still, Selee says Harris may need to get more involved.

"It is not possible to completely separate one from the other and I suspect that the Vice President will eventually have to engage more closely with border policy," he said.

Meanwhile, it also appears that some folks in Central America still think President Trump won the election. Fox News reports during the vice president's visit to Guatemala Monday, she was greeted by protesters holding up signs saying Trump won the 2020 presidential election.