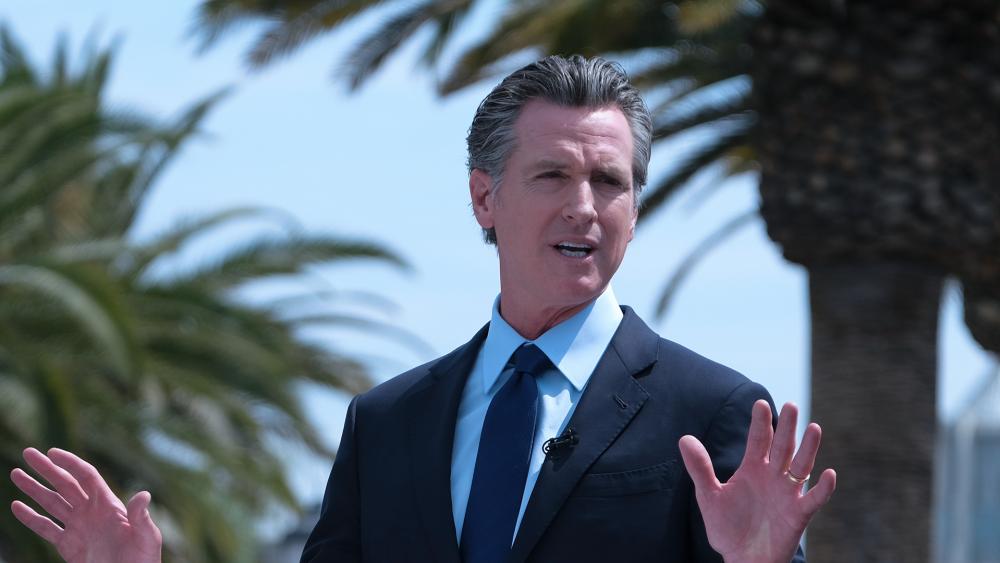 It's official. California Governor Gavin Newsom (D) will face a recall election this fall after the Secretary of State Shirley N. Weber verified the 1.7 million signatures on the recall petition.

That's more than 200,000 more signatures than were needed to trigger the recall, which will be held in approximately 90 days, according to various media reports. Only 43 people who signed the petition asked to withdraw their names over a 30-day period as per California election law.

As CBN News reported, Newsom is facing a recall election this year over his response to the COVID-19 pandemic, which has included strict statewide lockdowns on businesses and schools. He even forced closures of churches.

The governor also faced a public drubbing for dining out with friends and lobbyists at an upscale San Francisco Bay Area restaurant last November, at the same time he was telling residents to stay home.

Earlier this month, it was announced that Newsom, 53, and other state officials are getting pay raises even as The Golden State owes millions in legal fees for his discriminatory action against churches, targeting them with pandemic closure orders.

"It's an insult to taxpayers," said 2018 Gubernatorial candidate and 2021 recall candidate John Cox. "Over the last year, millions of Californians have lost their jobs and thousands of small businesses have been closed forever. The last thing Newsom and the political insiders should do is accept higher government salaries."

"He needs to apologize to Californians who have suffered through the pandemic while he and his family made millions from a charity that raises money from companies and individuals doing business with the state," Cox added.

Meanwhile, Newsom has responded with a positive view that he will keep his job, releasing three television ads, including one that tells voters he is delivering money to viewers' pockets. It references a one-time cash payment he has proposed for low-income and middle-class families aimed at helping them recover from the pandemic.

The ad's release follows two weeks of Newsom traveling the state in a manner that critics are comparing to a game show host. He's been appearing at theme parks to award millions of dollars in prize money for vaccinations and to celebrate the end of most pandemic-related restrictions.

But some Republicans charge he's wrongly using taxpayer money to buoy his standing and ignoring the state's problems in favor of flashy events.

"It certainly looks like over the last couple of days that Gov. Newsom has decided to join the recall circus mentality," former San Diego Mayor Kevin Faulconer, a Republican running in the recall, said in a Twitter video. "What this recall is really about is rolling up your sleeves and fixing our great state."

The Sacramento Bee reported Newsom's recall election could cost the Golden State as much as $215 million as projected by the state's Department of Finance, which the state legislature has agreed to cover.

According to California state law, the estimates for the recall costs must be posted on the Secretary of State's website and printed in the state voter information guide, KCRA-TV reports.  The secretary will also certify the names of the other candidates for governor.

The recall ballot will have two parts. Voters will be able to vote "yes" or "no" on whether to remove the governor from office. The second question will give voters the option to vote for a successor candidate. If a majority of voters said yes to the first question to recall, the votes on the second question will be counted.

The candidate who receives the most votes will be Newsom's successor.

California's most recent recall effort was back in 2003 when Democrat Gov. Gray Davis was recalled.  Arnold Schwarzenegger (R) was the elected successor and served until 2011.