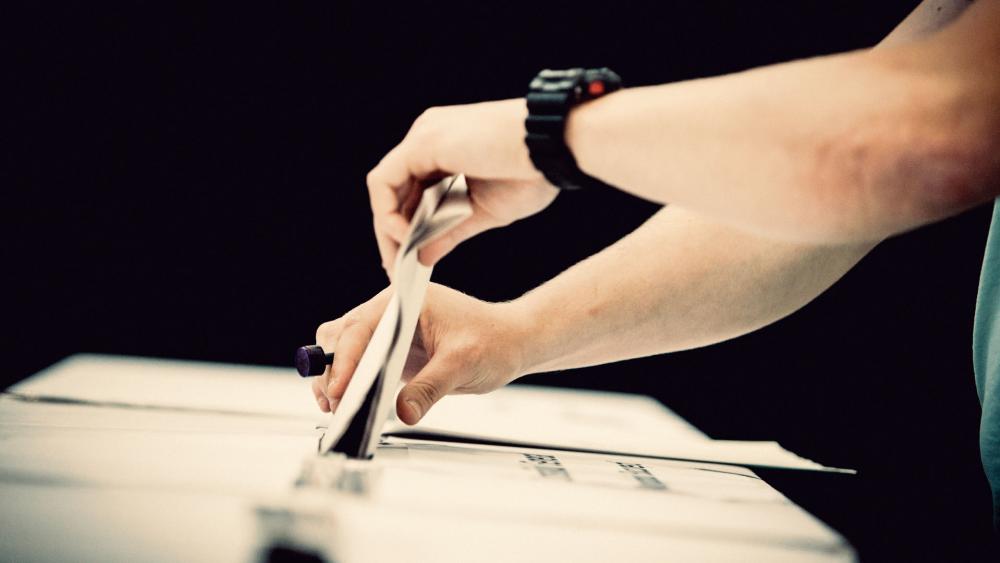 WASHINGTON – With the U.S. House of Representatives back in session this week, lawmakers will take up House Resolution 1, also called the "For the People Act." Democrats are pushing the measure, resulting in fierce Republican opposition with many conservatives calling it a power grab and federal overreach.

After the turbulent 2020 election, followed by the deadly assault on the U.S. Capitol, many agree election reform is needed. Unfortunately, what that looks like depends on the side doing the talking.

For Democrats, it comes in the form of HR1 which aims to basically create a nationalized voting system, requiring uniform rules for all states. For example, it would mandate early voting and same-day registration, outlaw voter ID requirements, and allow ballot harvesting.

U.S. Rep. Ro Khanna (D-CA) explained to CBN News why this legislation is so important to Democrats.

"Every person should have an equal right to vote and that the voting rights really matter," said Khanna. "So, this bill has the key components of voting rights. And I don't think it's just Democrats. Many Americans believe that we shouldn't have lobbyists and big donors and big money influencing our politics and this would really try to get rid of a lot of the influence of big money.

Conservatives counter that the "For the People Act" only benefits progressives and liberals by helping them keep control in Washington.

The Heritage Foundation's Hans von Spakovsky, who was once a commissioner on the Federal Election Commission which enforces laws on federal campaigns, called HR1 "an 800-page monstrosity" in an interview with CBN News.

"It's basically a federal takeover of the administration of elections which have been run by the states since our founding," said Spakovsky. "And it is full of federal mandates and provisions that would, in essence, weaken all of the security protocols in the election process and frankly make it easy to cheat, easy to manipulate election results, and very difficult for states to detect or deter election fraud."

Spakovsky stressed the importance of election security which he believes HR1 ignores.

"Democrats are claiming it's all about access to the ballot box but what they forget to tell folks is that you have to have both access and security," said Spakovsky. "There is no reason, for example, to do what HR1 does which is to make it illegal for any state to have a voter ID requirement. That's an easily met requirement. There's no reason not to allow states to do that."

Khanna disagrees that getting rid of the ID requirement would open the door for fraud.

"Studies have not shown that voter fraud is rampant," he said, adding that he would like to see the creation of an election commission based on the 2020 election.

"I think it will show that you didn't have this sense of massive voter fraud," said Khanna. "But I know people aren't going to take my word for it so let's have a commission and do the study and my sense is people will say that there's more of a barrier to voter participation than there is to voter ID.

Khanna also believes that HR1 would stand to benefit both major political parties, not just his.

"In some of the states, if everyone voted, it would actually benefit conservatives more than Democrats," he said. "A lot of the voters who are not voting in states are conservative voters which is why you saw the Trump team putting such an effort on increasing voter turnout. I think we all should be for higher voter turnout and I don't think that's necessarily always going to benefit the Democrats."

With Democrats holding the majority in the House, Senate and controlling the White House, this could be their time. The bill's fate ultimately depends on whether enough Republicans will consider legislation they've repeatedly rejected in the past. If not, Democrats could eliminate the Senate filibuster, getting rid of the 60 vote requirement.