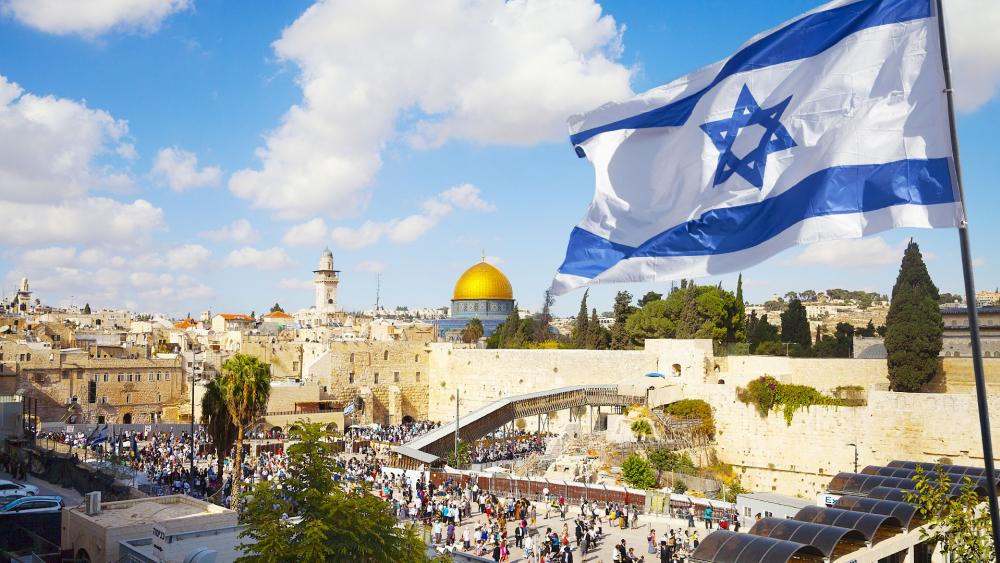 Lawmakers in Washington, D.C., have historically been unified in their support for Israel, but in recent years, that's started to change.

"If my colleagues even mention Palestinians deserving human rights, they are aggressively bullied by those who prefer Israel as it is: apartheid, oppression, occupation and all," said U.S. Rep. Rashida Tlaib, (D-MI). "My message to you all is this: do not be afraid to stand for justice. The American people are with us."

If my colleagues even mention Palestinians deserving human rights, they are aggressively bullied by those who prefer Israel as it is: apartheid, oppression, occupation and all.

My message to you all is this: do not be afraid to stand for justice. The American people are with us. https://t.co/jVS9kq3YAb

Republicans like Sen. Lindsey Graham (R-SC) told CBN News they're concerned with the growth of anti-Israel rhetoric from their Democratic colleagues.

"I think the squad used to be a fringe element of the Democratic Party when it comes to Israel, probably still are, but more and more Democrats like Elizabeth Warren, Bernie Sanders, Chris Murphy are openly siding with this moral equivalency argument – that there are problems on both sides," said Graham. "When the Iranians and Hamas hear Democratic members in the Congress and the Senate basically seeing no difference between Israel and Hamas, it only incentivizes more violence."

"Hamas' goal is to destroy the Israelis," continued Graham. "If you don't get that, you're not really paying much attention."

"When Israel strikes, for example, they call the building and say, please get out of the building because we're about to attack it in order to minimize civilian casualties," said McConnell. "Hamas is lobbing rockets into Israel to kill civilians. There is no moral equivalency here."

Both McConnell and Graham support Israel defending itself.

"If I were Israel I'd do whatever was necessary to do diminish Hamas' ability to do this a second time," explained Graham. "President Biden has been cautious about pushing a ceasefire too aggressively.  The biggest winner of a cease-fire right now would be Hamas."

Tlaib, who has Palestinian relatives in the West Bank, confronted Biden Tuesday in Michigan over his support for Israel, reportedly sharing a message similar to her recent speech on the House floor.

"As long as the message from Washington is that our military support for Israel is unconditional, Netanyahu's extremism, the right-wing government will continue to expand settlements, continue to demolish homes, and continue to make the prospects for peace impossible," she claimed.

The White House announced Wednesday that President Biden spoke to Israeli Prime Minister Benjamin Netanyahu and encouraged him to de-escalate the situation.

"The President conveyed to the Prime Minister that he expected a significant de-escalation today on the path to a ceasefire," said Deputy Press Secretary Karine Jean-Pierre.

"Insane," Graham told CBN News. "Why would you go back into a nuclear deal with the largest state sponsor of terrorism?"

The South Carolina senator pointed to Iran's role in the current attacks on Israel.

"Without Iran's support for Hamas, there would be no 3,500 rockets," continued Graham. "They haven't complied with the old deal, you'd be rewarding bad behavior so I'd keep the sanctions on until the Iranians decided to really change their conduct. If you try and go back into the deal now you're basically ignoring what they did with Hamas."

As far as the Israeli-Palestinian conflict goes, Graham says he wants to know what the Palestinian people want.

"Here's the question for me – what do the Palestinian people want?" he asked. "Do they agree with Hamas that Israel needs to be destroyed? Or would they live in peace with Israel with an independent Palestinian state and a secure Israel? The only way you'll ever know is to have an election."

"If the Palestinian people see Hamas as the right model, there's zero hope for peace," continued Graham. "I'm not going to push Israel one inch to do a peace deal until the Palestinians reconcile who they are and what they believe regarding Israel."