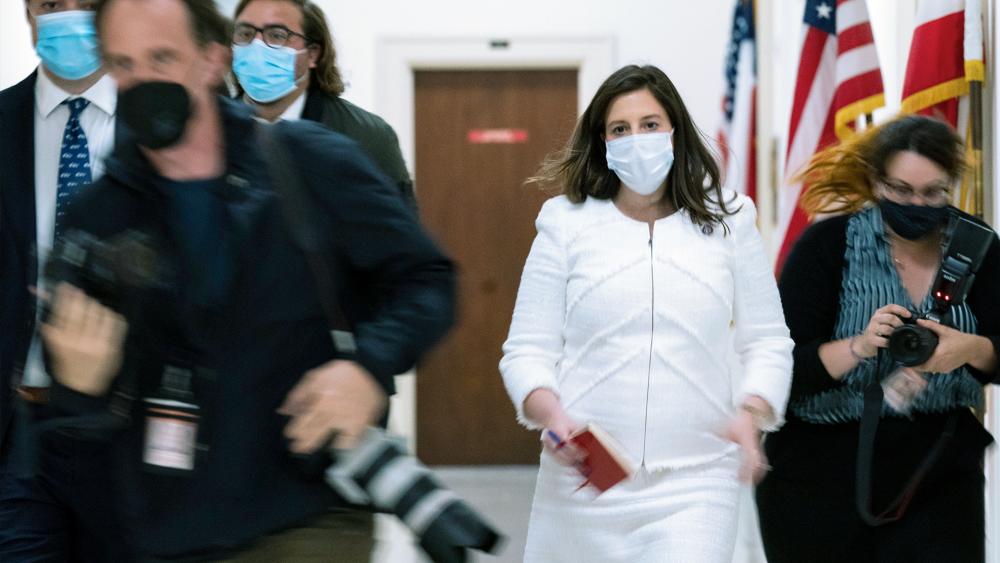 Republicans in the House of Representatives elected Rep. Elise Stefanik to the number 3 post in GOP House leadership on Friday.

Stefanik (R-NY) has recently been an ardent Donald Trump supporter. She was chosen to replace the deposed Rep. Liz Cheney who was highly critical of President Trump and had voted to impeach him.

Like Trump, Stefanik has expressed her serious concerns about election fraud. And on Thursday she called Trump “the most important leader in our party for voters".

But it remains to be seen if Stefanik's election will calm GOP schisms. Even though Stefanik has been a Trump defender, many Republican conservatives still have concerns about her voting record.

Stefanik is not considered to be a conservative. She has been a GOP moderate for years, even voting twice for Barack Obama. She was also a Trump critic during his 2016 campaign and opposed Trump's signature 2017 tax cuts and his plan to allocate budget funds to build a wall along the Mexican border.

But then she earned Trump's favor by defending him in 2019 during his first impeachment. Now she says her objective is to help the GOP win control of Congress in 2022.

“We are unified at making sure that we win the majority, and that we focus on the damage that the Biden-Pelosi agenda is doing across America," Stefanik said Thursday.

Meanwhile, Liz Cheney said she'll remain in Congress, run for reelection, and will actively work to derail Trump if he seeks a White House return in 2024.

Stefanik has reportedly told colleagues she'll only serve in her new leadership job through 2022. Then, she plans to take the top GOP spot on the House Education and Labor Committee.